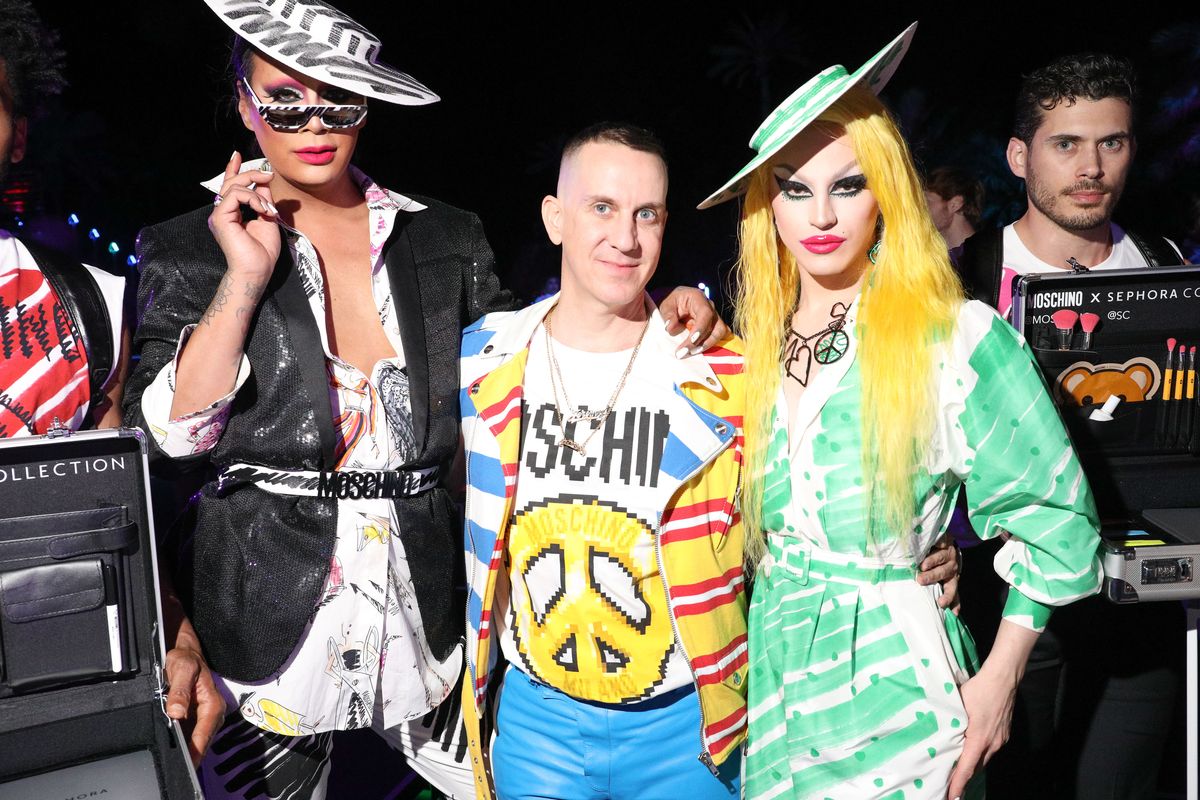 Like a VR mirage in the middle of the Indio, California desert, Moschino created a The Sims-themed paradise on Coachella weekend in honor of their latest capsule collection in collaboration with the popular virtual reality game. The party had everything from a giant slide and rollerskating rink, to SONIC burgers and ice cream sandwiches. The 3D green diamond icon was, of course, everywhere. And the guest list was, as expected, straight out of The Sims "Get Famous" expansion pack — filled with our famed faves.

The night featured a performance by Aquaria, who played her original song "Burn Rubber." There were amazing DJs, including sets by Diplo, Mazurbate, and A-Trak. Vittar even made an appearance in the middle of one, while Saweetie also made sure to drop some sick bars on the stage.

See all the FOMO-inducing photos in the gallery, below.