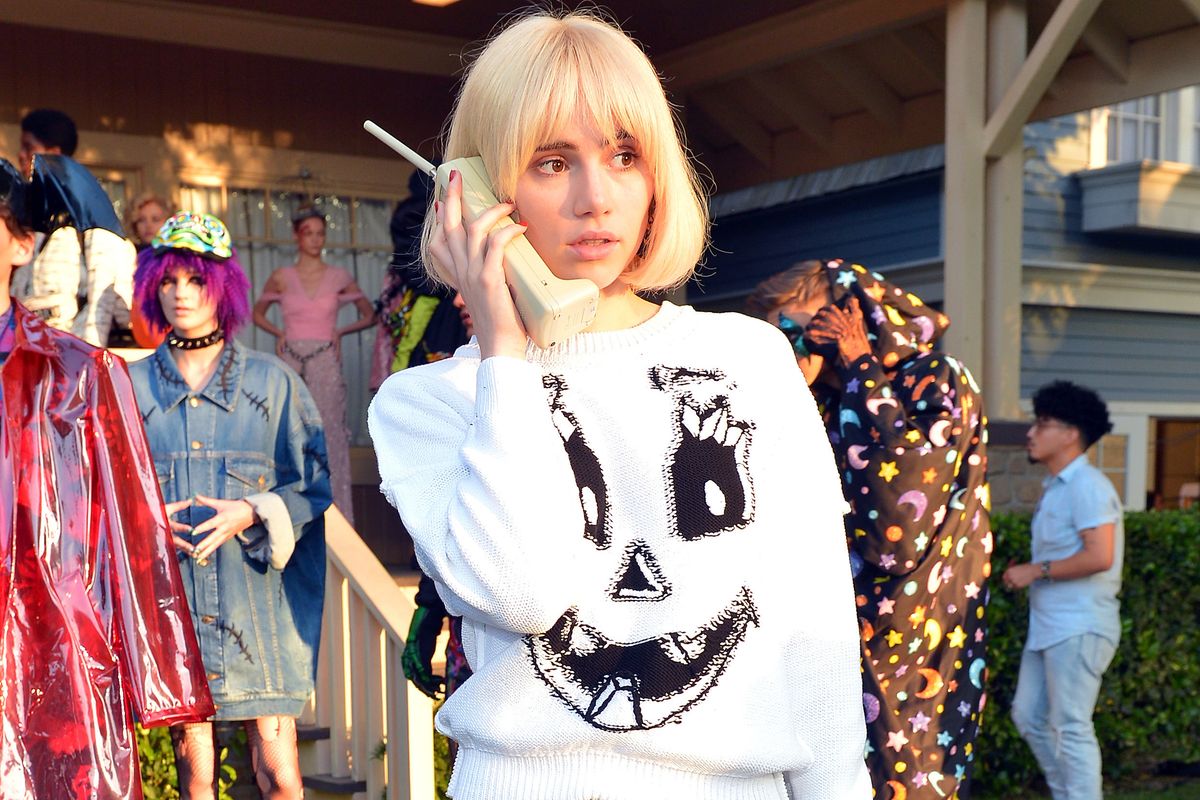 Moschino's Resort 2020 looks take inspiration from old Hollywood horror, so it only made sense that designer Jeremy Scott presented the brand's latest collection at Universal Studios in Los Angeles. On Friday morning, the show's audience members, among whom where celebrity guests, were ferried through the massive outdoor filmset on the same buses used for guided tours. And the show itself was quite the spectacle.

British Vogue reports that model "Suki Waterhouse ran through the gardens in a blonde bob similar to Barrymore's in Scream, shrieking for her life as she banged on doors and the theme song from Halloween started playing." Drag queen Violet Chachki also makes an appearance on the runway, dressed as a Morticia Addams/ Vampira-esque character, and she definitely brought the attitude to the catwalk.

The pieces featured in the collection had a lot of spider webs, devil's horns, graphic references to classic horror films like Dracula and Frankenstein, witch hats, and spooky masks. See some of the looks below.

Guests at the show also wore Moschino-centric looks, and enjoyed some burgers and fries from Carl's Jr. See photos from the event below.