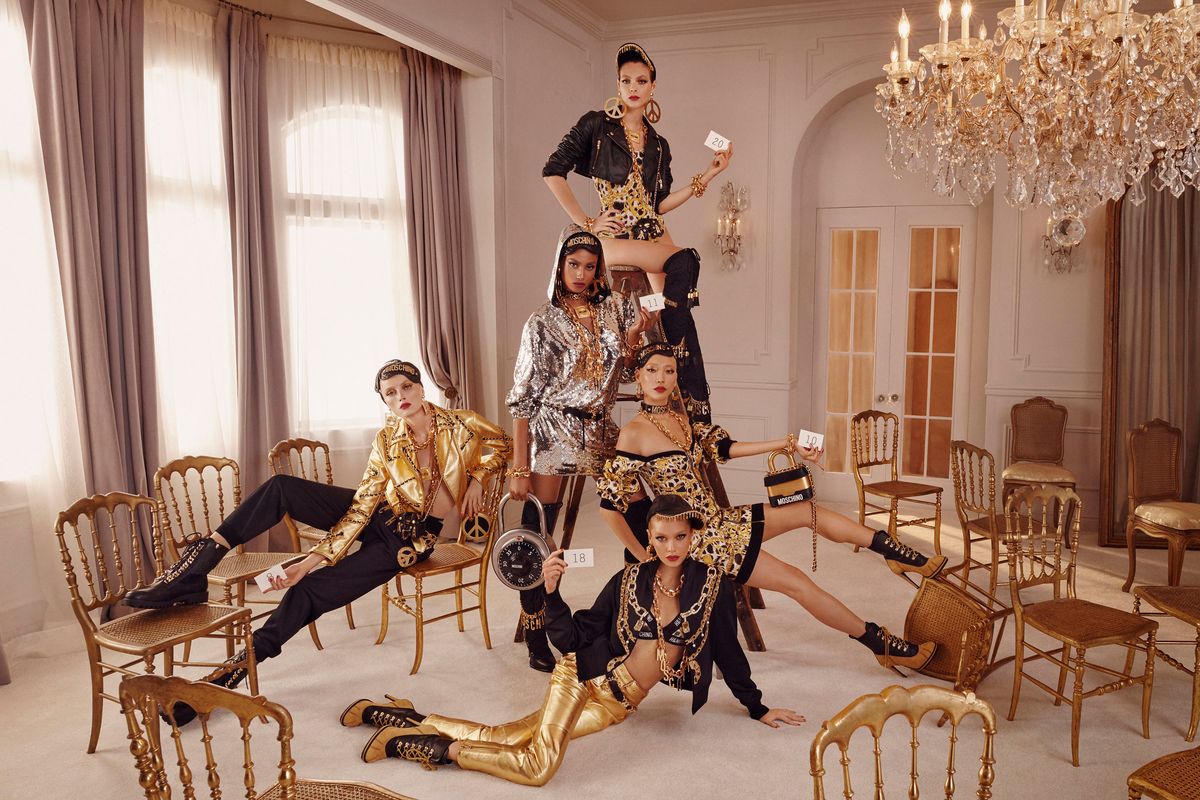 Jeremy Scott, "The People's Designer," hinted at Coachella this spring that he would be teaming up with retail giant H&M for an exclusive collection, taking the appeal of that title to the masses.

Well, it's officially on its way, and it was inspired by the old-world glamour of 1950s haute couture runway shows. The corresponding campaign was shot by Steven Meisel and features a bevy of models Scott loves and has previously worked with, including Gigi Hadid, Rianne Von Rompaey, Yasmin Wijnaldum, Stella Maxwell, Soo Joo Park, and Imaan Hammam

The collection is also set to include pieces from Scott's leadership at Moschino, as well as selections from founder Franco Moschino's time as head of the house. Get to H&M stores everywhere come November 8, because this will most likely fly off the shelves well before the holidays.