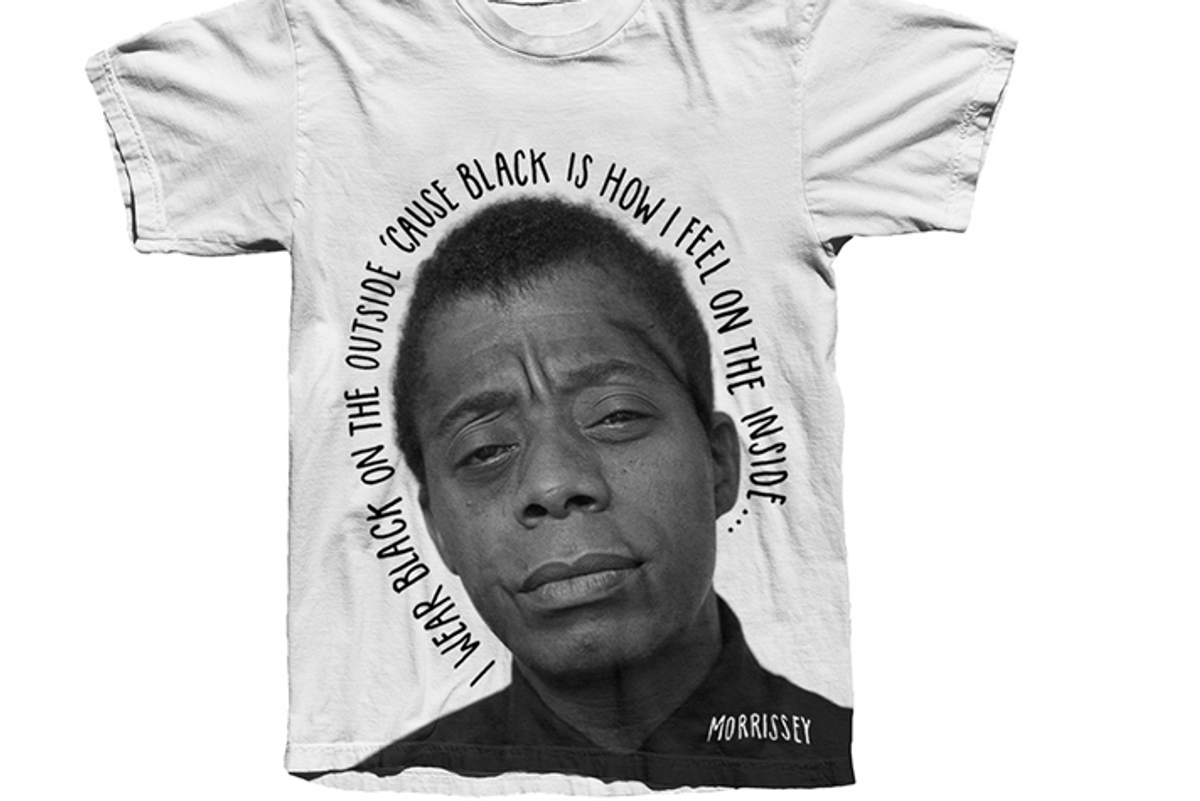 Back in the day, an artist could pretty much get away with doing insensitive and racist things like, say, comparing the mass murder of innocent Norwegian civilians to KFC and McDonald's production program, or referring to an entire group of people as a "subspecies."

Now that the Internet exists, though, such racist, belittling and downright dumb viewpoints can't exist long without being trashed.

Morrissey tried to use the image of revered African American writer and civil rights activist James Baldwin to sell t-shirts online. The shirts, which displayed the classic "I wear black on the outside because black is how I feel on the inside" Smiths lyrics over a picture of Baldwin's face, were not only offensive, but made absolutely no sense.

The shirts were quickly taken down from Morrissey's site after the Internet swiftly dragged him.

Morrissey, the man who called the Chinese “a subspecies," is selling a racist James Baldwin shirt: https://t.co/fYNcILDXvy pic.twitter.com/DSVNukEPHA
— The Root (@TheRoot) March 16, 2017

@NME I love morrissey, lord knows i do but these shirts have me reevaluating pic.twitter.com/XHwbXRcRwc
— siditty (@siditty) March 16, 2017

James Baldwin: I wear black on the outside 'cause black is how I feel on the inside

A new troll level has been set, and it looks a lot like Morrissey selling a James Baldwin T-shirt. Heaven Knows I'm Not Your Negro Now. pic.twitter.com/Wcde2oRrsn
— Ashley Clark (@_Ash_Clark) March 15, 2017

Once again, the poor comparison between the actual lived experiences of a group of people to something unrelated and offensive (in this case, Morrissey's dark, sad, British soul), only made The Smiths' singer seem that much more out of touch with reality.