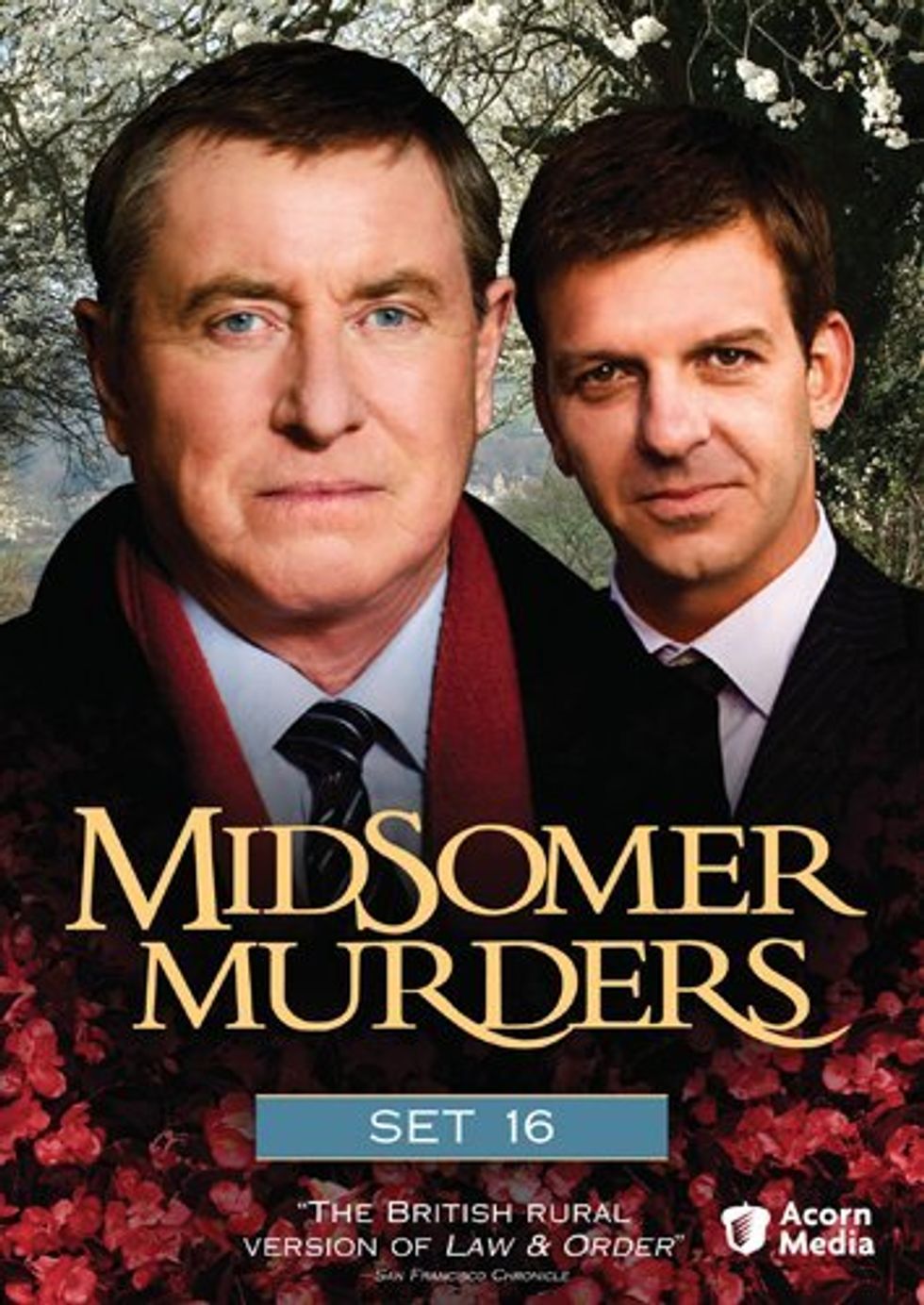 Out on DVD this week is Midsomer Murders Set 16 (Acorn Media) -- four marvelous new mysteries based on  Caroline Graham's books about macabre murders in the cozy English country villages of Midsomer. Actor John Nettles, who  expertly plays the irascible detective chief inspector Tom Barnaby calls it (during a charming audio commentary on one of the discs): "Agatha Christie on speed." In episode Midsomer Life, the discovery of a dead man in the woods sets off a murderous chain of events set around a local magazine. The Magician's Nephew is a wonderfully bizarre stew of satanic cults, hidden manuscripts and poisonous toads. Days Of Misrule features a team-building military exercise during Christmastime that is interrupted with bombs, murders, and an unsavory young man thoroughly hated around town. Talking To The Dead, my favorite of this set, involves mysterious disappearances, a visiting "ghost hunter" (Jeroen Krabbe) and a forest haunted by the ghosts of monks. With Jason Hughes as Barnaby's trusty detective sergeant Ben Jones and the lovely Jane Wymark as Barnaby's wife as well as scores of great British character actors.