PAPERMAG
PAPERMAG
14 April 2011
Anthony Mackie's got a new bar, NoBar, opening in Bed-Stuy any day now. We've got a fun feature on  Mackie and his laid-back drinkery from writer Leslie Pariseau in our current issue, and here we give you a little more from the story. (There's also some outtakes pictures of the easy-on-the-eyes actor/barman thrown in for your viewing pleasure.) Here, Mackie tells us a little more about the bar, his plans to expand across the street and his favorite places to get a drink in New York.

Tell me about NoBar. What does the name mean?
It's called NoBar because it's on Nostrand. We also want to open a specialty beer and wine bar across the street from here with a performance space downstairs so you can do spoken word or play readings. I think we're gonna call that one IntheNo. It would be more of a speakeasy style bar with a wine selection. We're going to make our own wine, label it and sell it. And the beers and stuff, definitely not gonna brew the beer, but we'll have a bunch in bottles.

Will NoBar have a door policy?
I hate door policies. I hate door people. Somebody can come in and shoot a game of pool or you have the bar, the island there where you can chill and watch TV or watch the game. I have 20 to 25 seats. Nothing too big nothing too luxurious. Just very simple.

Tell me about the drinks.
We have a 25-drink cocktail list that will change every six months and a house drink that's bourbon-based called the NoBar. It's a play on the caipariÃ±ha, but with bourbon. Yo, I made up a crazy drink the other day. I haven't named it yet, but it's a muddled ginger summer drink with vodka. It's really good.

Will you have beers on tap?
We're not doing taps. That's why we'll have the place across the street. We'll do all bottled specialty beer. I went to a friend's place, Craft, down on Broadway. They only have bottles, and I asked if people complained. He said no, as long as it's specialty. There's a beer in Montana I'm trying to get in New Yorkcalled Moose Drool --  they have a seasonal brew and a stout. I'm also trying to get Fat Tire. I haven't seen it yet out here, but I'm sure someone has it.

Where are your favorite places to get a drink in New York?
One of my good friends is a bartender at STK, so I go there all the time and he makes up funky drinks for me. There's a place called Finnerty's over near 14th and 2nd Ave. They have keg tables so you can order a keg and bring ten of your friends and tap it at the table. It's a cool little place. A friend of mine is a bartender over there too. I also like Smith and Mills. The inspiration for the bar kitchen area in NoBar came from there -- I went with a friend of mine and she was like see that dude in the corner? That's the kitchen. Their meatball suck, but other than that it's really good food. There's this place down in the Wall Street area called Vintry. It's a crazy wine and bourbon bar. It seats like 36 people. They have over 50 bourbons, 50 Scotches and an '83 Bordeaux on tap. It's like $15 for two ounces. It's a really cool little place. 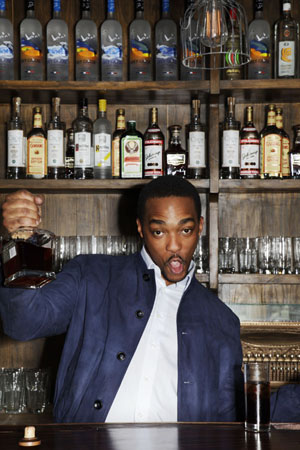 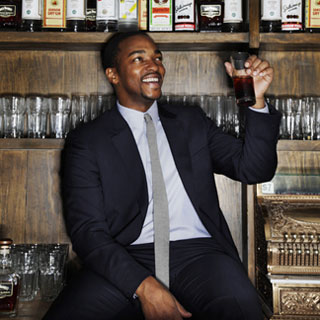 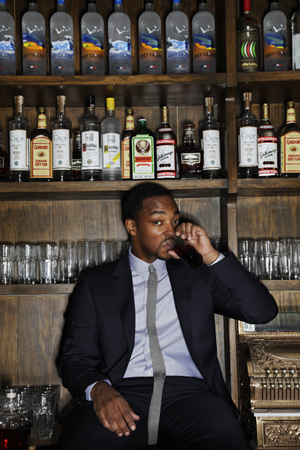 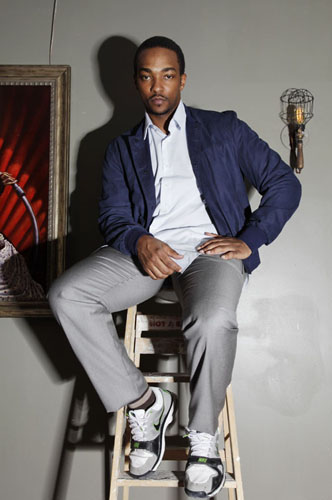 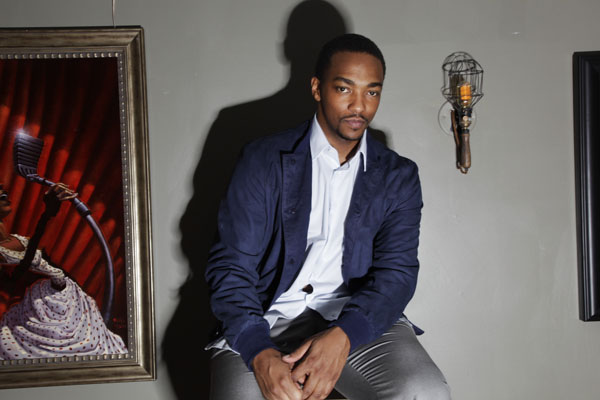 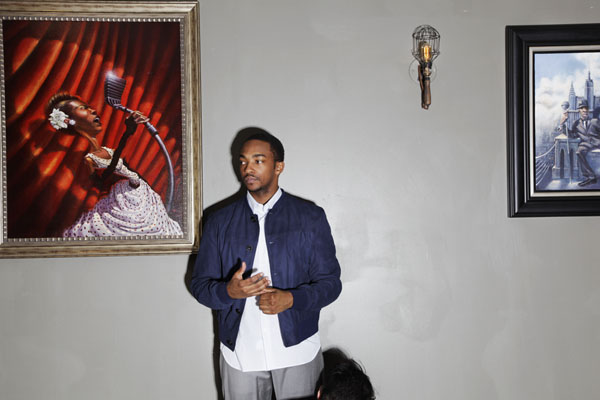 Cocktail of the Week: The Wayward Son at The Marrow