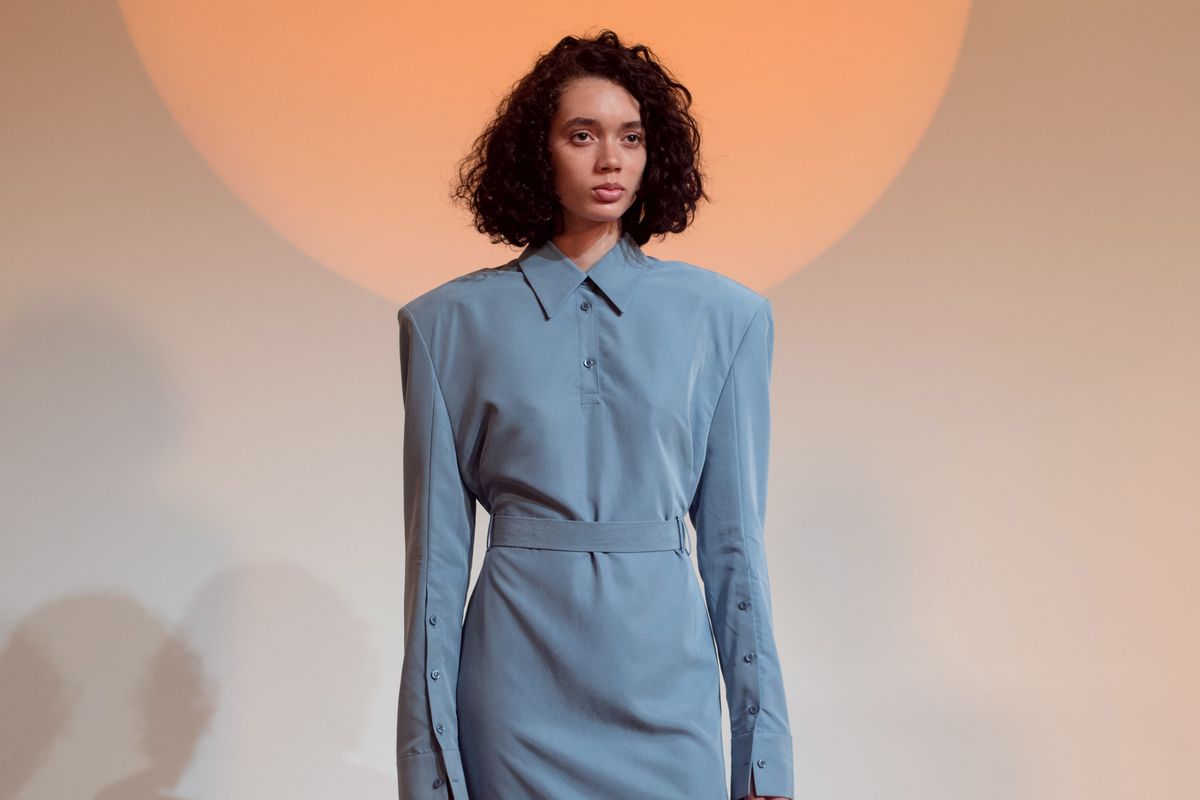 Moon Choi Borrows From the Boys

Inside Moon Choi's office, the designer greets me in a classic jacket with perfect hair. This doesn't seem like someone who just finished a runway presentation. Behind her, the debut collection hangs in a near row. To describe her as talented is an understatement. South Korean born, and splitting time between New York City and Rome, Choi holds a BFA from Parsons School of Design and has already even been featured in Vogue — not bad for a recent graduate.

Gender this season is was a key conversation. Many young designers including Choi tackled androgynous identity head on, whether through silhouette or theory.

"For this season, I imagined a single figure standing by a window," Choi says of this season's inspiration. "I cannot identify them, but I can feel their presence. It doesn't matter if they're a woman or a man, I'm always trying to break down the boundaries between masculine and feminine — to gently shift the notions of gender and identity."

Large shoulders were a common thread throughout the collection, whether it was on an oversized white coat, a tan trench, or a dusty-blue one piece dress. Popular in the '80s and commonly associated with the image of corporate culture, Moon's choice of adding this detail was more than appropriate. Boxy trousers and slight deconstruction also heightened Choi's collection, which was produced in South Korea, while fabrics were sourced from Japan.

"I really tried to showcase the whole vision of my brand," Choi says of her NYFW breakout. "I really focused on the set design and atmosphere. For the next season, I'd like to elevate and develop the vision of my brand again, so people can really feel the presentation. Also, I believe clothing isn't defined by gender, so I also want to develop the [brand] concept more."