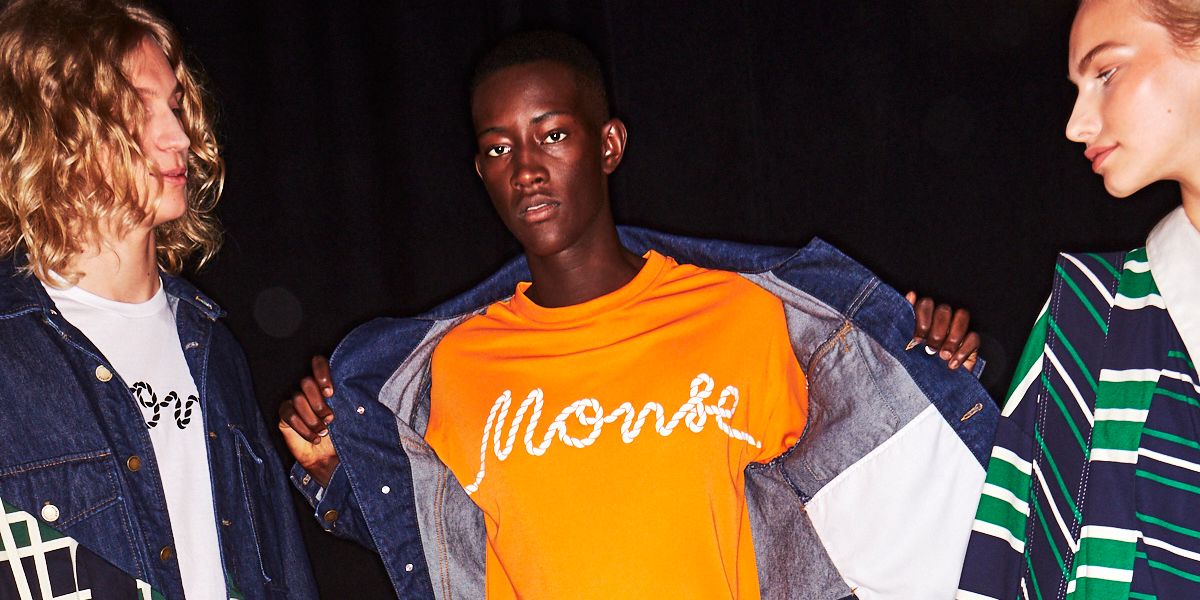 Monse creative directors Laura Kim and Fernando Garcia unveiled their first ever range of menswear at the brand's spring 2019 runway show in Midtown Manhattan this evening. The duo applied their signature diagonal cuts, reworked shirting, and penchant for deconstruction to suiting, polos, knits, and denim separates.