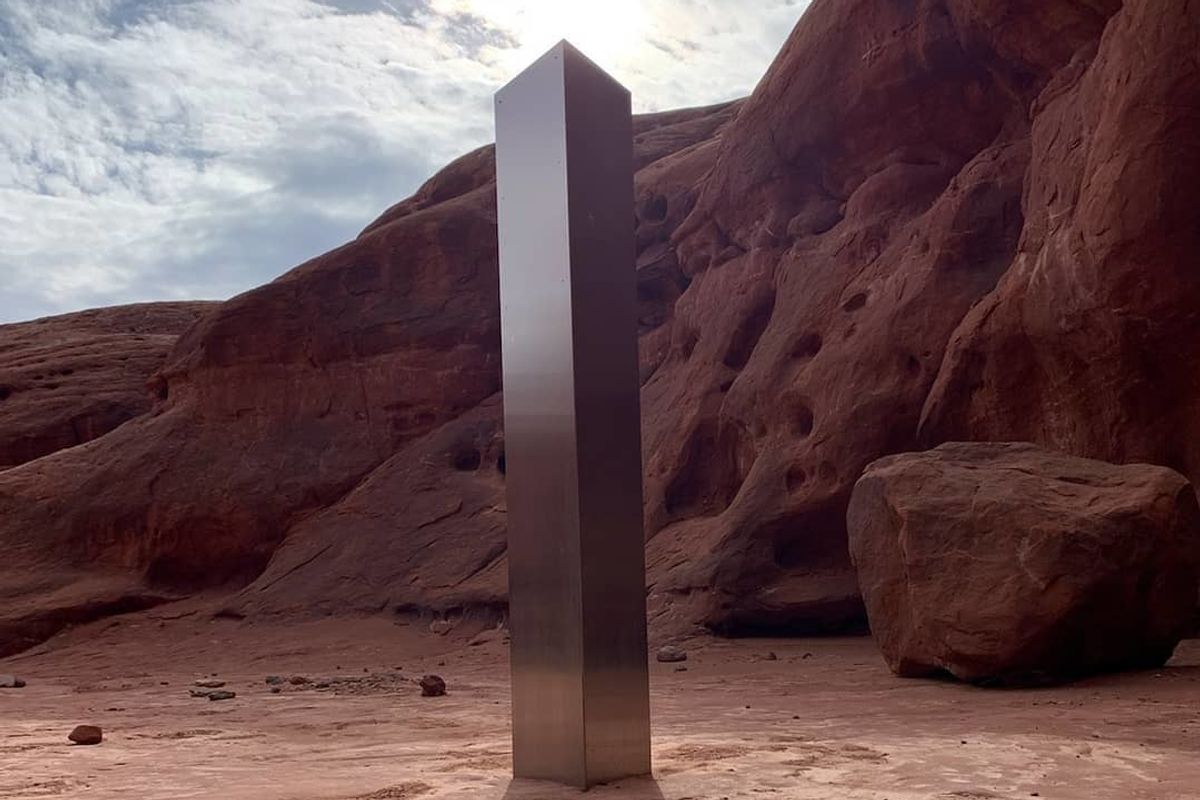 Whoever had "disappearing monoliths" on their 2020 bingo card, come and claim your fucked up prize.

In a scene that is almost taken verbatim from Stanley Kubrick's sci-fi classic, 2001: A Space Odyssey, a tall metal monolith was discovered last week by officers from the Utah Department of Public Safety in a remote part of the desert while they were conducting their annual wild ram count. As strange metal monoliths that randomly appear in remote areas tend to do, the discovery captured the public's imagination. Theories about who made the monolith and how it got there naturally came pouring in, ranging from being the work of aliens to a long lost sculpture by the late minimalist John McCracken and even speculation that it was Banksy's latest project (though it seems a little too subtle of an approach for the infamous British street artist if we're being honest).

Despite the Utah Department of Public Safety's deliberate decision not to disclose the monolith's exact location, people ended up finding it anyway and soon intrepid desert crawlers began to make pilgrimages to the strange structure. And then, just as suddenly as it had appeared, the monolith disappeared.

According to the New York Times, a photographer witnessed four men remove and disassemble the monolith under the cover of night but apart from a few blurry shots his friend took on his phone, their identity remain a mystery. The initial images that were first posted to the Utah DPS' Instagram and kicked off this whole thing have also been quietly taken down adding to the overall intrigue.

Many have since begun to speculate that the strange monoliths are not necessarily the work of extraterrestrials but the doings of a far stranger creature: marketing execs. The current prevailing theory that has emerged is that the monolith is some abstract guerilla marketing strategy that will precede the launch of some new product, album or movie which almost certainly won't live up to the hype. Some have taken to Twitter to voice their frustrations while others have started to try and guess where then next one might pop up.

Given the bizarre, hellish rollercoaster that has been 2020, it feels fitting that a slab of metal popping up in remote parts of the world and might end up just being some contrived marketing ploy would be this year's swan song. It has that signature 2020 blend of chaos, idiosyncrasy and cynicism that has made us collectively feel like we are slowly losing our minds. At least, as far things have gone this year, this one was relatively harmless.