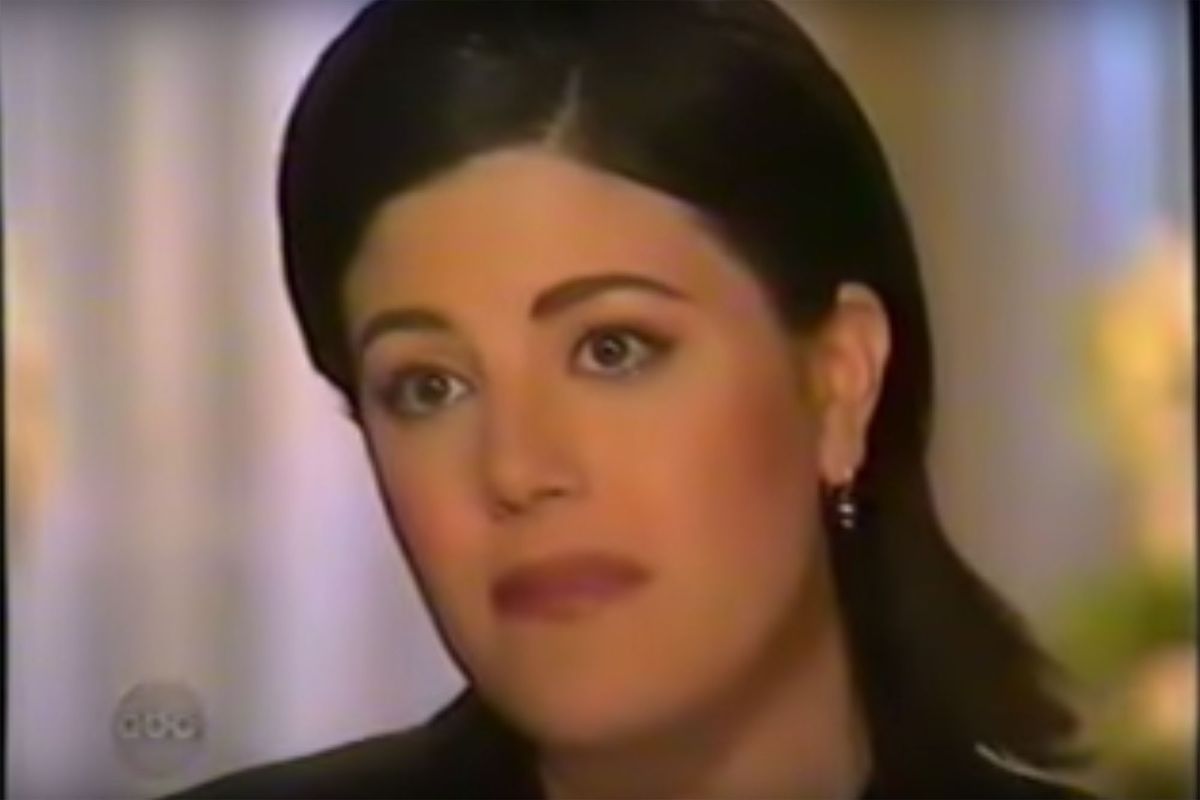 American Crime Story, Ryan Murphy's anthology series that comes in hot after heroin as the second most addictive substance on earth, has plans to take on another iconic scandal in an upcoming season: Monica Lewinsky.

Murphy is reportedly "fast-tracking" the Lewinsky drama for the show, despite the fact its next two plots are locked and loaded with Hurricane Katrina and Gianni Versace's murder. Murphy's team has already optioned Jeffery Toobin's book A Vast Conspiracy: The Real Sex Scandal That Nearly Brought Down a President and are allegedly looking to cast the roles of Monica and Linda Tripp toute suite.

There have been whispers that Clinton's behavior in 1998 was not sufficiently criminal (or as Toobin puts it "shabby, but not illegal") to fit the ACS logline, considering the show's hugely successful portrayal of OJ Simpson's trial, any focus on Bill's impeachment hearings or Hillary's conspiracy claims, will likely provide more than enough legal drama to keep viewers engaged. The casting alone–based on Murphy's track record–is sure to be eclectic and surprising.

If you're hankering for a Murphy fix before the next season of ACS premieres next year, his latest anthological exploration Feud: Bette and Joan will be all yours on March 5th. Goodie.