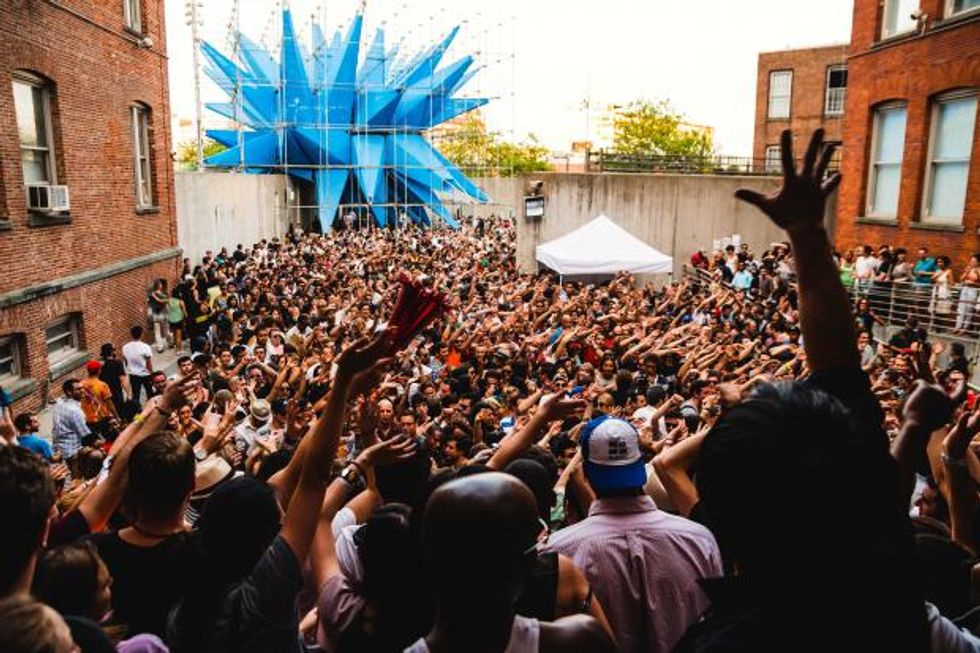 by Sandra Song
PAPERMAG
And it's incredible...like screech-inducing levels of good.
Featuring some of the most innovative artists working today, each party is curated so that there's a little something for everyone from the oddly futuristic Amnesia Scanner playing next to house producer Black Madonna to former Friends' frontwoman Samantha Urbani.
Some other highlights include footwork producer Jlin, PC Music boss A.G. Cook and co-hort Danny L Harle and London grime gods Skepta and Slimzee. There's even a Night Slugs takeover on July 11th (aka the people putting out some of the best dystopian club today), not to mention appearances by the Studio 54 disco legend Nicky Siano, techno godfather Moritz von Oswald and new age lord Laraaji. Like we said, a little something for everyone.
Check out the full lineup below.
From Your Site Articles