Nowhere is Kim Kardashian more accepted than in Miami. It was only fitting, then, that on the last night of official Art Basel Miami festivities Dis magazine, MoMA PS1 and artists Lizzie Fitch, Ryan Treecartin held a look-a-like "kontest" for the reality star and her famous booty, where 28 hopeful Kardashians converged on the Mondrian Hotel to vie for the title and a cash prize of $1,000.

The contest began with PS1's Klaus Biesenbach chastising a rowdy crowd. "Can you just shut up?" he demanded. No such luck, so instead of having the contestants answer questions Ms. America-style, the judges, who included Fitch, Treecartin, Biesenbach and curator Dana Farouki, implored the Kardashian impersonators to and silence the crowd.

After several weak attempts by a few of the booty-licious spandexed women, a woman dressed as Kardashian matriarch Kris Jenner emerged, ready to defend her daughter's honor. "The divorce was not planned, have some sympathy," she yelled at the audience. As if on cue, a bathrobed and sun burnt Kim came out. "I went skiing and I didn't wear sun block because my  bitch sisters stole it, along with my Klonopin!" interjected the tabloid train wreck (performed by artist Liz Rywelski).

When this intervention quieted some, the judges attempted to get a little substance out of the Kims with simple questions like, "Who is Picasso?" and "What nationality is Kim?" Kris Jenner offered, "Whatever nationality is trendy right now!" Metisha LaRocca clad in pink knock-off Hermes was finally crowned Kim, but the judges deemed it a tie with Kris, whose witty interjections stole the show. The contest was a perfectly hilarious Kardashian end to an action
packed week of Art Basel that was often so over the top it too felt like a reality show. 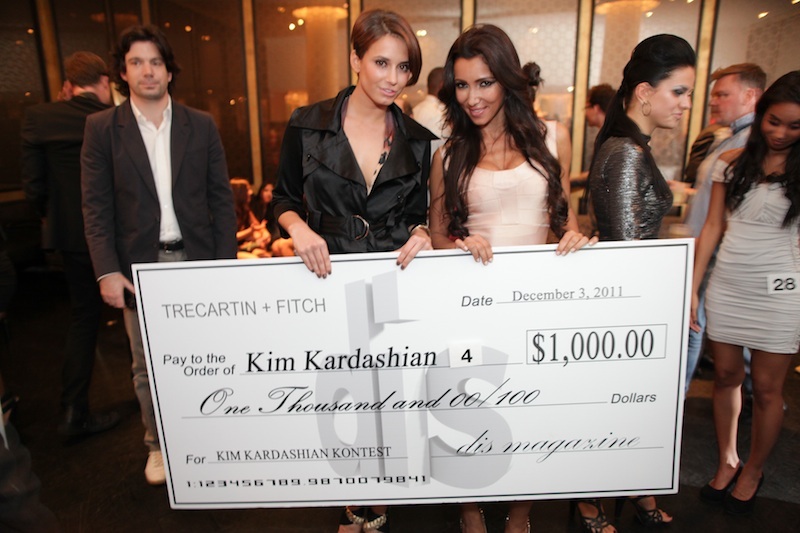 Previous Next
The winners 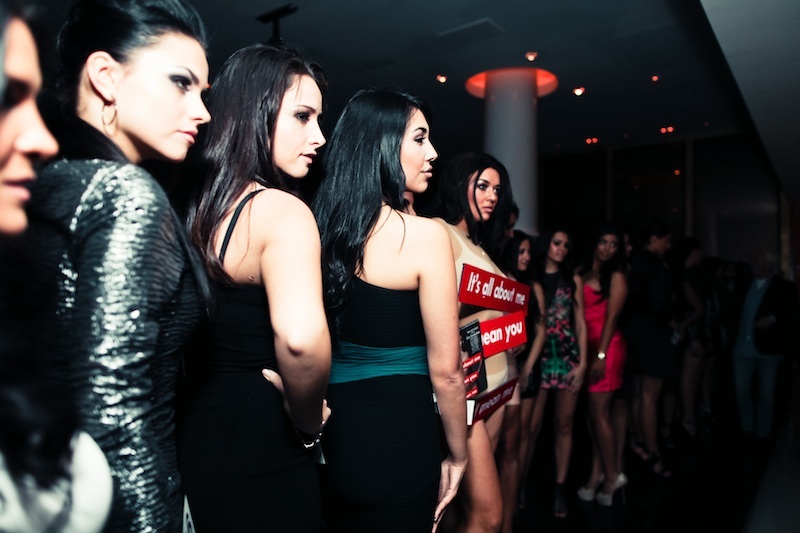 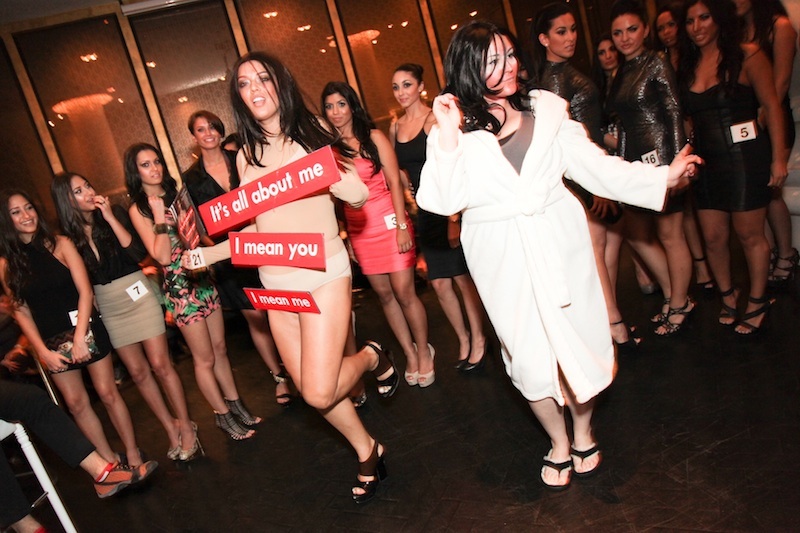 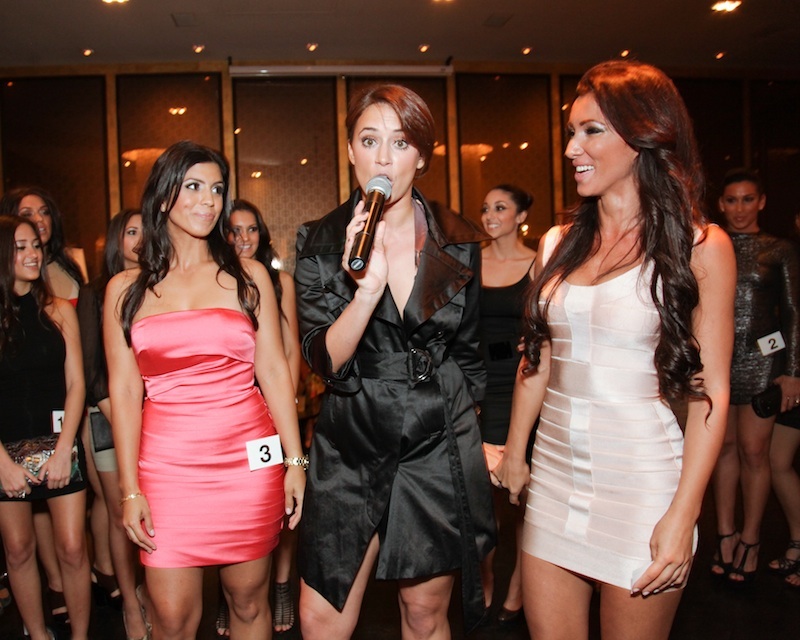 Previous Next
A Kris Jenner impersonator sandwiched by faux Kims. 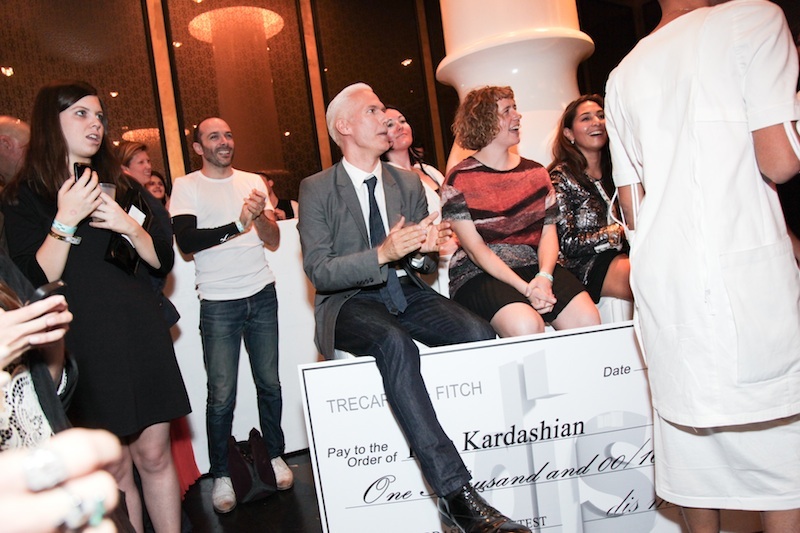 Previous Next
Klaus Biesenbach with the $1,000 prize 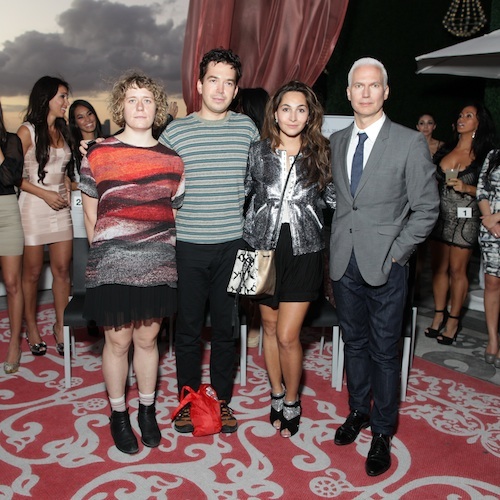