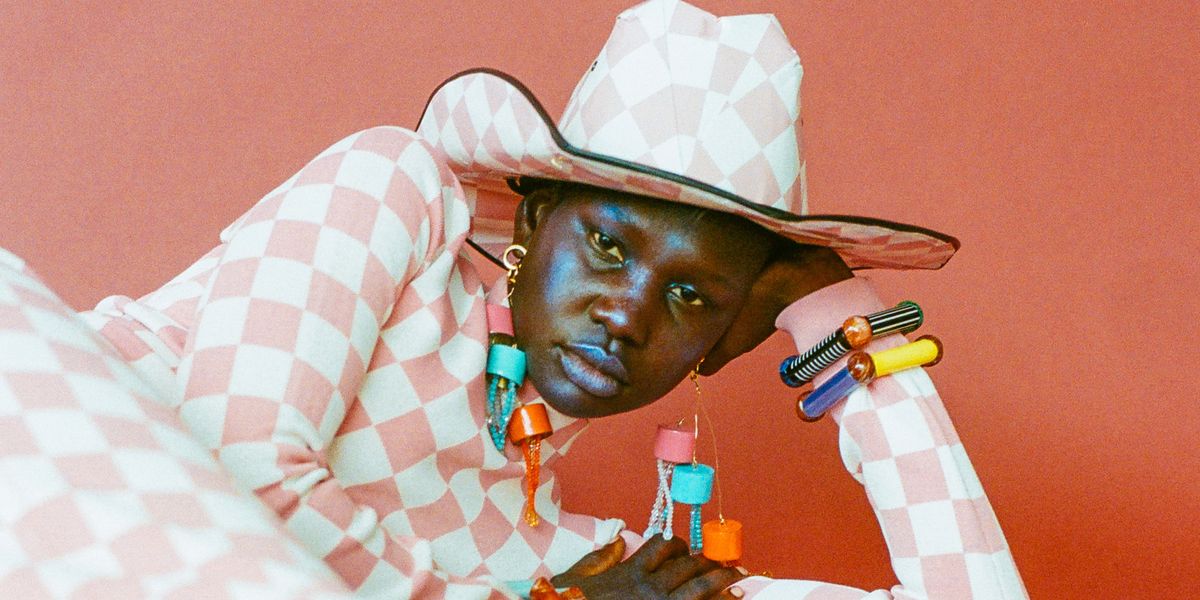 Meet our latest model to watch, the Sudanese-by-way-of-Egypt-and-Iowa, Adot Gak. Though she'd long fantasized about modeling, growing up in Iowa, Gak didn't have the opportunities to pursue her dream, instead turning to hair styling and stand-up comedy. After being discovered at the mall and appearing in some local pieces, Gak made the move to New York. This past fashion week saw her walking, with a tiny dog, in Christian Cowan's show (sporting the same outfit another Sudanese model, Alek Wek, wore in her PAPER magazine cover story).

Tell us about you! Where are you from, what were you pursuing prior to modeling, had you ever thought about modeling before being discovered?

I was born in the northern part of Sudan and moved to Egypt when I was 4 years old. When I was 10 years old, my family moved to the USA (Iowa) after the incident that happened on December 30th of 2005 where my baby sister was killed. I've been living in Iowa since 2007 and recently just moved to New York to pursue my modeling career. I am a hairstylist--that's what I was doing long before modeling. I also do stand up comedy. I've always wanted to model, but every agency I went to in our little town told me I was too dark and I won't sell there. This was when I was 14 years old so I gave up.

Can you tell us the story of how you were discovered? How did it feel?

I got discovered when I was 20 at a mall shopping for my work clothes. I was looking in the mirror, doing my little walk and this crazy woman stopped me and asked me if I was a model. I told her, "Yeah, in my head." We both laughed and she gave me a card to email her when I was ready to be a real model. I didn't bother to contact her until 6 months later because I didn't take her seriously. I did a few local magazines and it felt like I was dreaming because I never thought I was capable of doing it.

What is the most exciting moment you have had so far in your career?

The most exciting moment of my career was probably this past fashion week when I got to walk with models I looked up to growing up, like Maria Borges and Nykhor Paul for Christian Cowan. I literally cried when I got home.

What is the most challenging thing about modeling?

The most challenging thing is probably keeping true to yourself, because there's times where you're feeling like you're not good enough, thin enough or pretty enough. I learned to never compare myself to anyone and keep being the crazy goofy person that I am and eat whatever makes me happy.

What is your favorite thing about this industry? Has anything surprised you?