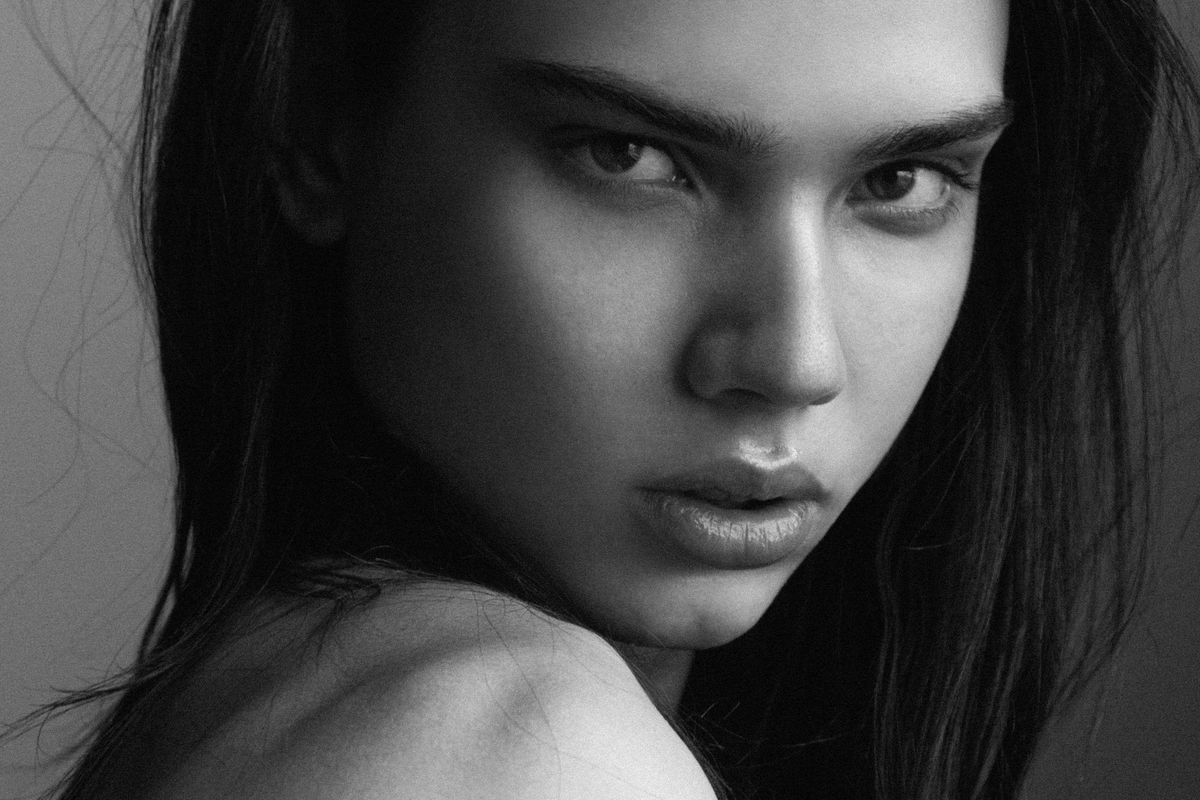 When Siobhan Atwell (formerly known as Seth) stepped onto the fashion scene in early 2014, the androgynous model identified as non-gender conforming -- using "he," "she" and, sometimes, "they" as pronouns. Atwell, raised in Nova Scotia and now bouncing between New York City and Toronto, began working with the likes of Hood By Air in both masculine and feminine shoots, thanks to her glossy mane and piercing stare.

And while Atwell has discussed her gender fluidity in previous interviews, emotions and identities were shifting behind closed doors -- personal examination that led to Atwell recently coming out to her friends and family as transgender. As such, we caught up with her to discuss small towns/big dreams, America's Next Top Model and what really goes into picking a new name.

Right now seems like a very important time in your life -- can you share what's been happening?

It's all really new. I didn't come out with my transition until two weeks ago -- but it's positive! All my agencies, family and friends have been supportive and I feel good about it. I feel like I'm being myself now, it feels normal. I mean, I still feel like the same person, I'm just a different name and a different pronoun.

What drew you to the name 'Siobhan'? Is there significance to it?

I was looking up hundreds and hundreds of names before and nothing really popped up to me. I wanted something unique and still classy and I wanted to keep the S, then my friend was like, 'How's Siobhan?', and I was like, I love that name, so it stuck to me (laughs).

Having identified as non-gender conforming for the past two years, when did you feel a sense of your identity change?

I feel like that was really who I was then. But you grow up and you change, I didn't feel comfortable not having a pronoun...and I felt female. I do plan on [doing Hormone Replacement Therapy] soon too.

Was that a hard decision?

A little bit. I guess there are some health concerns with it and I want to make sure I'm in the best health before I take them. My main focus is to be healthy and successful, and I feel good about it.

Looking back, when did you decide modeling was your goal?

At 15, I started watching America's Next Top Model and it inspired me to really want to do it. I wasn't drawn into the drama of the show -- it was the creative side, the photo shoots and and the models themselves. I wasn't attracted to the inside of the house!

photo via Tatlercourtesy of Siobhan Atwell

At school what were you like? Were you ever teased or bullied for your appearance?

I think I was really outgoing, but I didn't always get positive responses from people so I would sometimes hold back and be a little quiet. But I was always myself, I dressed how I wanted to dress and didn't care what people thought. It was such a small town...[but] I just knew I would be out of there some day, so I should just live my life. I was never physically hurt. I was called names and it was hard a few times in school but I had a good group of friends. I was more fortunate than other people. I was the only kid in the town that was different [in regards to the construct of] gender. But I felt fine, I never felt in danger.

How did you get signed?

It happened really fast, I sent my pictures to my agency and they were like, "We need you here in three days for a fashion week". So I quit my job and sold my car and told my family I was leaving for Toronto. My mom was away on vacation in Jamaica, so she didn't even know what was going on! I've had the time of my life since though -- so no regrets!

There's a lot of discussion centered around diversity in fashion right now. What's your take on this?

In my experience, there's still a lot of work to do [all] around. But I also feel like it's coming together better than it ever before. There's more positive energy, where there's more plus size and Black and Asian and Hispanic models. When I go to castings, you see every kind of race there and there's more support in agencies but, in terms of actually booking jobs, it's still a bit shady.

There's been some impressive trailblazers for trans models – such as Tracey Norman, Lea T, Andreja and Hari Nef – but they've also endured a lot of negativity. How do you feel about the possibility of also going through that? Would you be happier in your own space and to not take such a vocal position?

I used to feel [the latter]. But Hari and Andreja are completely different people from each other, and I'm different from them. Everyone has their own story and I feel like I have my own story that people can learn from. So now I do want to become a trailblazer.

When you say 'story,' what experiences do you think could relate to others?

I feel that my story is that I come from such a small part of the world. Nothing is really possible for anyone there. I wanted something bigger. I went for it, I worked hard, and other people can do it too -- even if you're stepping over boundaries. With trans models, the general idea [and experience of transitioning] is similar, but everyone comes from different backgrounds and places.

So is that a danger for trans models? That visibility and acceptance is increasing, but they're still being lumped into a category?

My goal is to get a major campaign. I want to shoot with Steven Klein, work with Givenchy or Marc Jacobs -- they're my favorites. But I feel like this is what I was made to do, so I keep positive and patient and hope for the best.