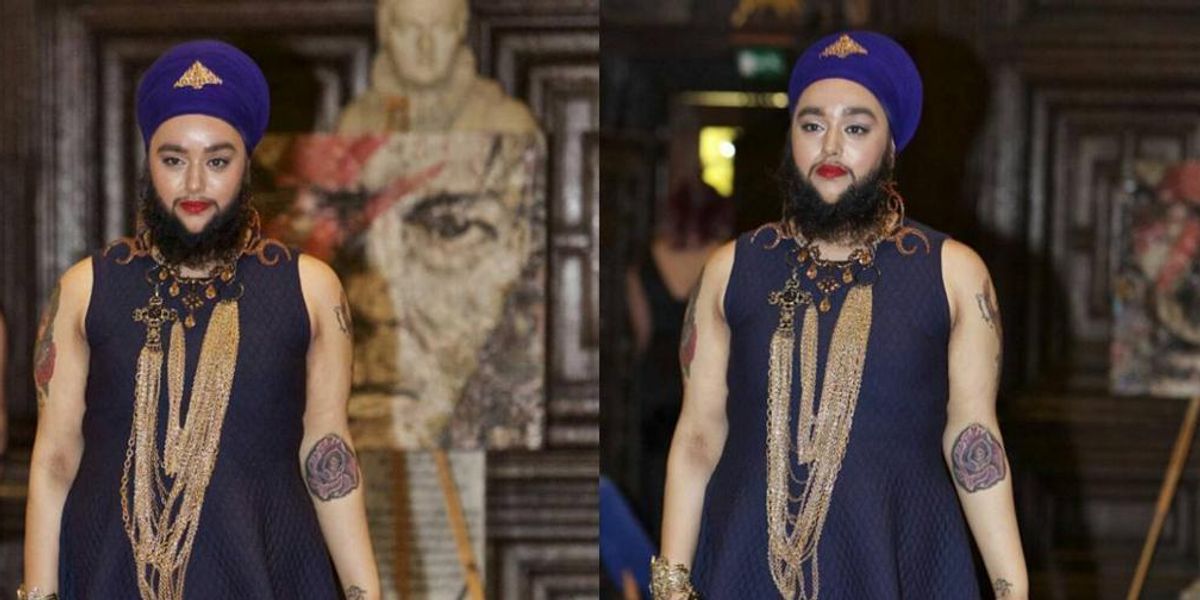 "Joke's On My Bullies": Model Harnaam Kaur Becomes The First Lady With A Beard To Walk For A Celebrity Jewelry Designer

Last week, model Harnaam Kaur walked in her first fashion show when she opened the Marianna Harutunian show at the UK's Royal Fashion Day. However, it was much more than just a personal milestone, as her appearance marked the first time a lady with a beard walked for a celebrity jewelry designer -- making it a big win for body positivity in the mainstream fashion industry.

Kaur, who's known for the beard she began growing when she developed polycystic ovary syndrome at 11, is also a vocal self-love activist involved with Tess Holliday's #EffYourBeautyStandards campaign. Kaur has also dedicated much of her prominent social media platform to speaking about societal body-shaming and her ardent love for her own "lady beard".

"I grew up watching America's next top model, and I admired Tyra Banks whole heartedly," Kaur wrote on Instagram. "I always wanted to be like the pretty models, so I remember copying the way they posed and walked. I grew up being told I was to [sic] fat, ugly, and disgusting to even model...I was laughed at when I said I wanted to model. [Joke's] on my bullies." Damn right, it is. Congratulations, Harnaam!

the official harnaam kaur page on Instagram: “I grew up watching America's next top model, and i admired @tyrabanks whole heartedly. I always wanted to be like the pretty models, so i…”