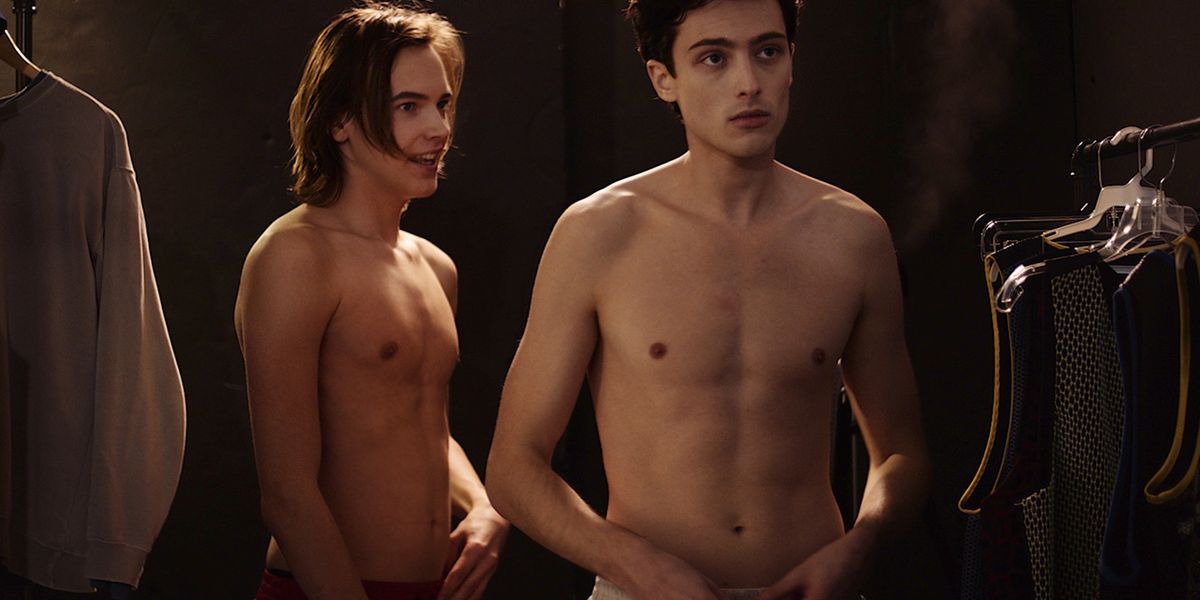 In the cut throat world of modeling, it doesn't take long to discover everything that glitters ain't gold. While the perils of the industry have been documented at large over the years, little has been said about the trials male models experience in the game, from harassment to exploitation. Dramatizing the very real drawbacks in his new web series, Model Boy, longtime editor and writer Jacob Mendel Brown is showing there's way more than meets the eye in the business of looking good for pay.

In the series' first season, which unveils its finale today, a crop of young male models maneuver the difficult terrain of the fashion world, jumping in a long line of pretty faces and bounced checks. Casting a trio of real life models turned actors, Model Boy flips the lens on a machine that churns out one temporary star for every thousand throwaways. With Taylor Rosen (Felix) Stanley Simons (Paris) and Phoenix Jakob (Elias), taking you through some of the classic scenarios male models face, the web show puts the seedier side of the industry on full display.

"Being a male model instigates a sort of gender role reversal in these boys," Brown says. "It's feminist narratives told on male bodies." While women have been publicly objectified and disposed in the modeling world as long as it's been around, Model Boys' documentation of a similar male experience makes for a compelling commentary on the societal pressures women face everyday.

"Being a male model instigates a sort of gender role reversal in these boys. It's feminist narratives told on male bodies."

Having worked in glossy fashion magazines for more than 10 years, Brown's intimate perspective on the subject matter gives his series a touch of humor and biting truth. "These are fun, sexy, young characters discovering themselves in the New York fashion demimonde, and all the excitement that entails," Brown says.

Get into the first season of Model Boy, below, and catch the finale today.