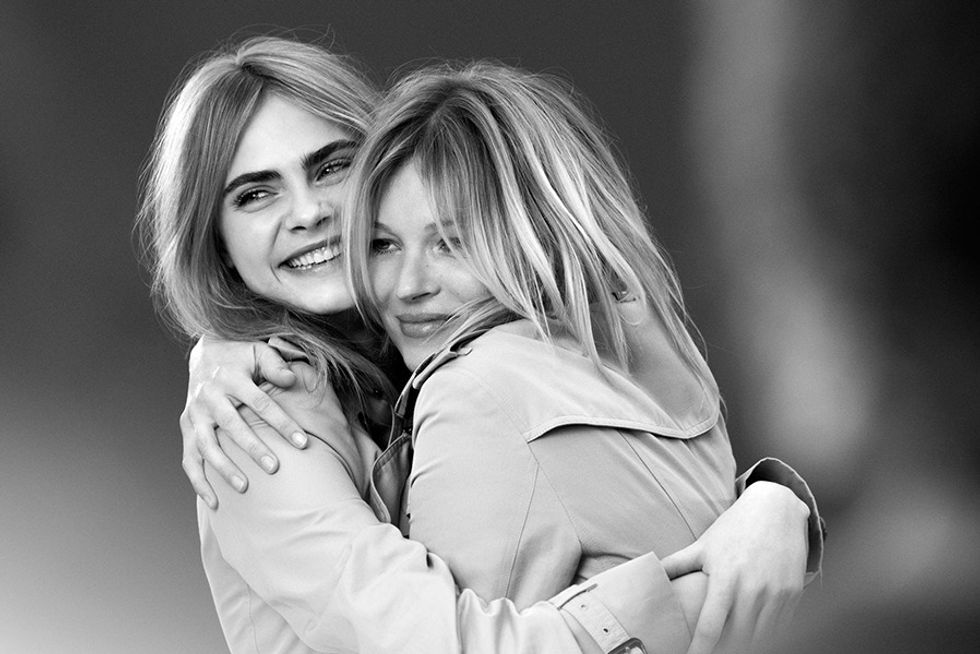 Yesterday, Variety reported that Cindy Crawford will produce a show for NBC about the Ford and Elite model turf wars of the 1980s. The fictional drama will be called "Icon" but a premiere date has yet to be announced. So, in preparation for the impending cavalcade of catwalk catfights, let's look at some real-life drama between our favorite supermodels.

Models: Paulina Porizkova v. Tyra Banks
Incident: While on the America's Next Top Model judging panel, Paulina would criticize Tyra for constantly running late. Also, she claimed Tyra wouldn't even address her unless the cameras were rolling.
Backlash: Poor Paulina was "dismissed" from ANTM, and Tyra credited her leave due to the show's budget cuts.

Models: Janice Dickinson v. Tyra Banks
Incident: While we're on the topic of ANTM...In a 2011 interview, Janice claimed that the reality show was rigged and that CoverGirl had the final say on the winners of each cycle. Janice then said "F*** you Tyra, eat a bag of royal skank!"
Backlash: Janice has since apologized for the comments, explaining that her resentment stemmed from her being fired off the panel.

Models: Kendall Jenner v. her bullies
Incident: During last September's New York Fashion Week, it was reported that some models felt Kendall didn't deserve to be there, and they put their cigarettes out in her drink in protest.
Backlash: Seeing as Kendall has proved herself on the catwalk and is the new face of Calvin Klein, she definitely got the last laugh.

Models: Daphne Groeneveld v. Lindsey Wixson
Incident: At a 2011 Versace runway show, Lindsey Wixson tripped and fell on her gown. Daphne simply glided past her fallen comrade, looking unfazed and even a little annoyed.
Backlash: It's unclear whether or not Daphne meant to be shady, but this GIF from the show went viral.

Models: Kristen McMenamy v. Linda Evangelista
Incident: Donatella Versace recalled a backstage moment from the '90s when Kristen hid one of Linda's fake boobs in an attempt to sabotage her. On another occasion, the two fought about who would get to have black roots and blonde hair (Spoiler alert: Kristen won). Might seem trivial, but this is fashion we're talkin' about here.
Backlash: We're not exactly sure where the models stand today, but hopefully they're no longer McEnemies.

Incident: In 2009, Iman and Dunn shared a Teen Vogue cover in which they detailed their rocky relationship due to the competition between black female models in a predominantly white industry. Tyra and Naomi had a similar feud lasting 15 years. But, with the diversity in shows like Givenchy and Balmain as of late, hopefully unfortunate rivalries like this can be avoided.
Backlash: Also in the interview, Dunn shared that Iman was one of the first people she told about her pregnancy. But back to Tyra and Naomi...

Models: Tyra v. Naomi
Incident: Though Tyra and Naomi seemed to patch things up in this emotional interview from 2005, the premiere of Naomi's show The Face seemed to reignite some '90s flames. The Oxygen series, a competition to find the next "face" for ULTA Beauty, draws obvious comparisons to ANTM, which has been shortened from two seasons per year to one. Plus, the fact that it's hosted by former ANTM judge Nigel Barker probably doesn't make Tyra feel any better.
Backlash: According to ET, Naomi dismissed the ANTM comparisons and the feud, then went on to say she was "proud to know [Tyra]." Aw.

Models: Kate Moss & Naomi Campbell v. Cara Delevingne
Incident: In March, we reported that Cara and Naomi got into a heated altercation over Rihanna. One of the best pull quotes will forever be "Cara pulled Naomi's weave but it didn't come off."
Backlash: Though Naomi denied the claims via Twitter, Kate has now "blacklisted" Cara for leaving their modeling agency Storm and for disrespecting Naomi. While these are all contradictory rumors, it's painful to hear that our favorite It Girls of past and present might have some bad blood.