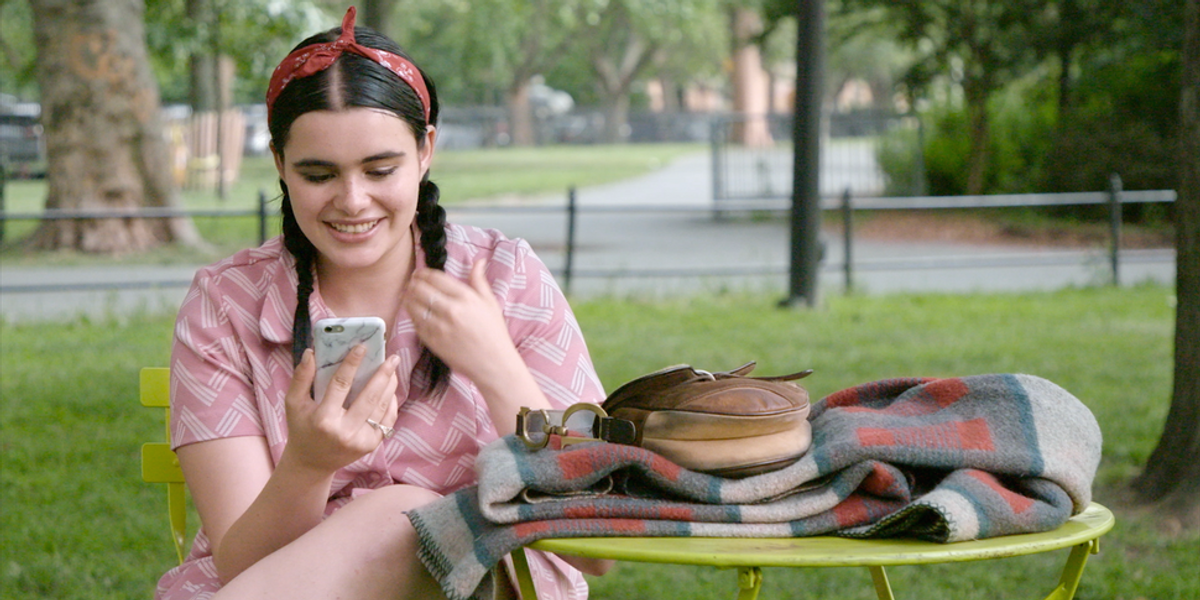 Model Barbie Ferreira on Her New Etiquette Show, "How To Behave"

Model and Instagram personality Barbie Ferreira is the star of a new weekly Vice series, How To Behave, that explores the current world of etiquette. In eight minute installments that are both poignant and hilarious, Ferreira takes a modern look at topics including dating, money, food, anger, style and sex to see how we as a culture can rethink the outdated social mores that especially hold women back. PAPER caught up with Ferreira to ask her about the show - including the episode where she went to a nudist colony.

What was the inspiration for this show?

With How To Behave etiquette, my producers and I just thought about things that have been long told to women of how to act and how to behave in society, and of people that are challenging that in a certain way. At first it didn't start off with how we thought it would be, because we thought it would be more serious, but then we just realized I can't do anything serious at all [laughing]. It ended up being a lot more humorous then we thought.

Do you stick to etiquette for women?

It's mostly focused on women and things that have been told to us for so long, because there are so many rules that women have, in comparison to rules that men typically don't have. But we do have queer culture in it and we have a lot of different voices from people who identify as different things. It's been really amazing.

Who was your favorite person that you talked to for the series?

This is really hard, but the one that stuck out to me just as an experience was definitely going to a nudist lodge and being naked on camera. That was probably one of the more memorable times.

That's an understatement! How did that happen and what did they teach you about etiquette?

Our theme was body, so we went and talked to this girl Monica whose amazing very reflective of her own insecurities and vulnerabilities and body hair on women and all this stuff, and we had this really great conversation. And we thought that maybe going to a nudist lodge would work, because it's not inherently sexual to be nudem yet to be nude is thought of as crass or pornographic. So we talked to them andthey gave us background on nudism and how it started and all this amazing stuff.

What was it like to be naked on camera?

I felt uncomfortable just because of the preconceived notions of society, like that being naked on camera is pornographic or shameful. But the whole point of me going to interview these nudists was to see that and to show people that nudity isn't inherently sexual. The naked body, especially the naked woman's body, isn't something that has to be seen in a pornographic way. I didn't think about it too much.

Is etiquette something you'd thought about a lot before doing the show?

Actually no and that's kind of the irony of it. I'm not very polite, I mean I am polite, but I don't really pay attention to the details as much as the big picture. So one could say that I am a loud-mouth woman.

Which makes it so perfect for you to do this show.

Did doing the show change your perspective on any aspects of modern etiquette?

Definitely. I realized that there are levels of respect in everything, and I met so many people from different walks of life and it was incredible to meet them and talk to them and hear their story. It's only eight-minute videos, so you can only do so much, but I really got to know these people. Everything is so particular and so niche in this time, everyone has their particular lifestyle, that all of them had such different things to offer and the audience.

And before we had things like Emily Post and Miss Manners, and now the culture is so splintered that everyone's getting different messages.

Right. Everyone's getting different messages and there's always a particular way to act, but it's not necessarily how people want to live their lives or even choose to. So this just gives another perspective on different ways to go about it.

What happens in the dating episode?


It was probably one of the more nerve-wracking episodes, I didn't know what to expect and it was my first episode ever, and then I had to go on a date! It was like a huge nightmare, but at the end of the day I wanted to show people an experience that was true and not under this light of perfection. Because I am in the modeling industry, and people have this glamorous perspective on how I live, how I am and who I am, so this kind of gives it away, like this actually is who I am and it's not an Instagram picture that's been airbrushed. I'm not this fashion clone, either.

Why was it important to you to show people that?

I think it's important because through my social media I for sure try to show people that I'm not perfect, but they don't actually see it and they don't really see my personality and they don't see who I really am. So this was also a personal journey for me because I get to explore all these amazing things and go out of my comfort zone, and people who have been following me for a long time and new people too, they get to see the real me.

Of all the topics you covered, which was the most surprising for you?

Definitely the anger episode. I did a therapy session with an anger management counselor, which I thought was gonna be like, 'ways to deal with anger,' but was in fact it was getting to the root of the problem, so it gets a little intense. It's one of the sadder, deeper episodes. Although in the same episode it's also like, roller derbying.

What did you and the therapist delve into?

It was about anger and why specifically women and women of color, why anger is portrayed to be so bad and how it can get misconstrued. When we talked to an anger management counselor, it was more like, where does anger come from, and when to know if your anger is coming out in an unproductive manner, and when to know that you're right, you are allowed to have these feelings. And it was the same thing with roller derbying, because it's an aggressive sport and they take out their anger in a healthy way and in a healthy manner in an un-ladylike sport. It's a completely full contact women's sport which is very rare, and everything about them - they do everything themselves, they created this league, they run the league, it's all women, it's all shapes, sizes, identities, all sorts. Just a really amazing experience. And so those women show the perspective of where the anger comes from and how to take it out in a fun, happy manner.

That's amazing, anger is such a taboo topic for women so it's so cool that you covered that. Could you talk about the money episode?

Though women are placed in these restrictive boxes and roles, by the end of filming did you end up feeling any more positive about the direction we're going in?

Definitely. I always knew that it was going to be an amazing, insightful show and then the surprise that it was actually kind of funny at the same time was amazing. As it was going on it was more apparent how there was also a funny side to it, to just talking about some really deep stuff.

Part of me wants to say someone that I admire, like Abby and Ilana from Broad City. Part of me wants to say people who don't really understand intersectional feminism and where that comes from, that don't want a preachy PSA but maybe they'll watch it and get to hear from people talking about their lives and their struggles. If I can open an eye or two that'd be great. Also, young people out there who can relate to these women and who can see themselves in these women and see that they're strong.

Catch How To Behave on GO90 every week.