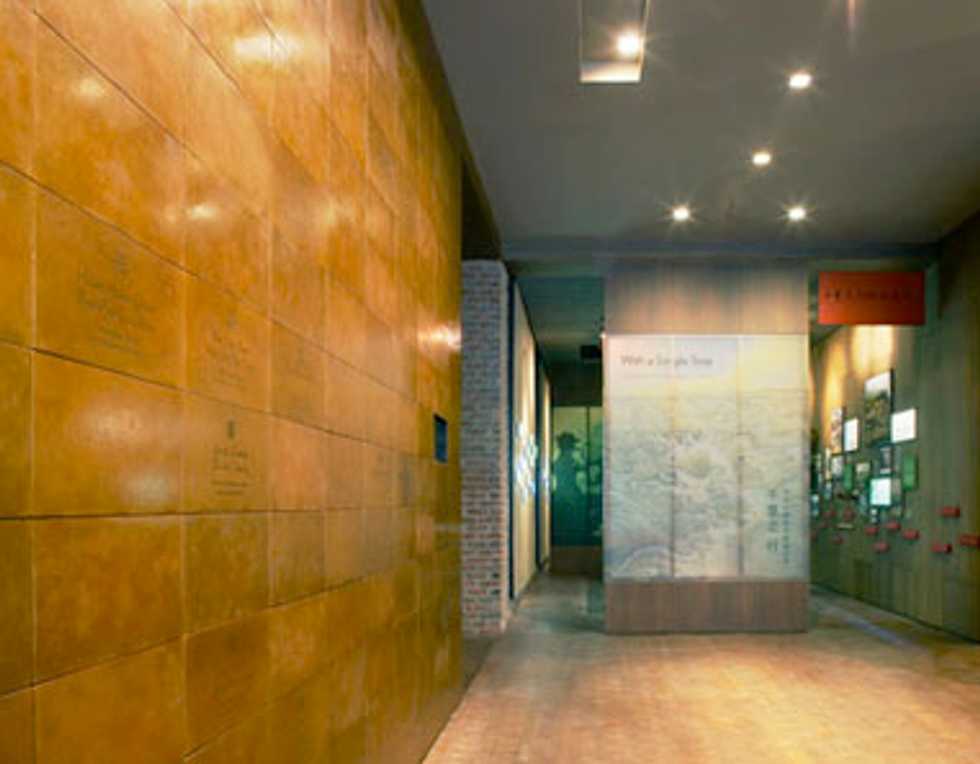 After nearly 30 years housed on the second floor of a former public school, the Museum of Chinese in Americaofficially opened the doors to its brand spankin’ new Centre Street location on Tuesday. With a crowded opening night ceremony that featured a breathtaking dragon dance and an appearance by Mayor Bloomberg, it’s safe to say the help of various donors and the diligence of co-founders Jack Tchen and Charles Lai has finally paid off.

Designed by the acclaimed architect Maya Lin, the revamped MoCa space expertly blends old and new. A central brick courtyard -- a remnant of Chinatown’s industrial past -- balances the sleek modern lines that shape the rest of the space. The courtyard also houses the museum’s central exhibit, “With a Single Step: Stories in the Making of America,” which consists of various mementos and documents that illustrate the changing face of Chinese Americans, stereotypes, and the way some of these stereotypes have been debunked over time. An exhibit called “Here and Now: Chinese Artists in New York,” highlights the work of 12 underground Chinese American artists attempting to connect with their heritage through visual art. The first installation of the exhibit is on display now, with the remaining two debuting later in the autumn and winter. The museum also features an interactive component dedicated to the American immigrant, in which visitors can tell the stories of how they and their families arrived in the United States. Those stories are represented on a map, with strings connecting the various stops along the way.

On October 2nd at 6:30 p.m., MoCA will be screening A Brief Flight, a new documentary that tells the story of Hazel Ying Lee, a Chinese American woman who flew fighter planes for the United States Army in the 1930s and 1940s. Check out the MoCA website for more details.