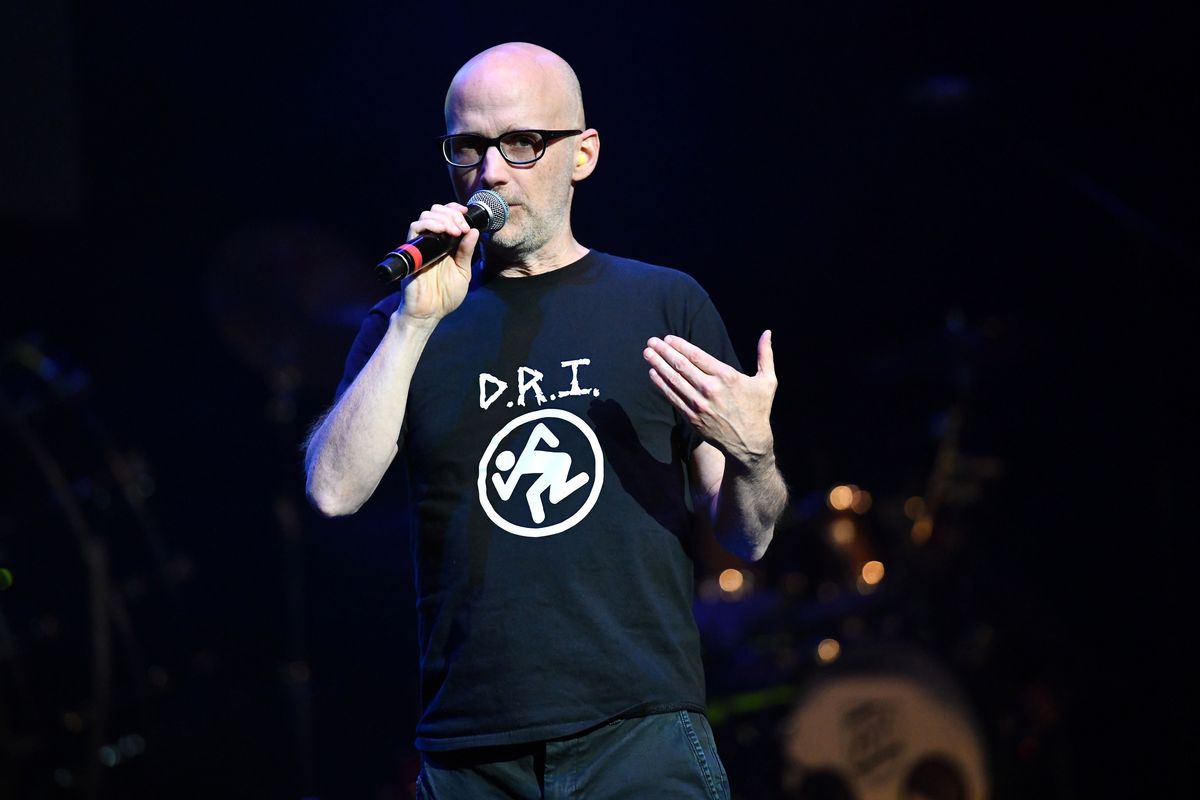 Moby, famous bald electronic musician of the early 2000s, has a new memoir out. Titled Then It Fell Apart, the book appears to be mainly about famous people he's slept with, befriended, or rubbed his penis on over the years. Lana Del Rey, for example. Also a very young Natalie Portman, who is now calling him out publicly for creepiness.

Let's begin with Moby's account of his and Portman's alleged September 1999 romance. According to the memoir (insanely, it's his second — following 2016's Porcelain), Moby engaged in a brief and consensual relationship with Natalie while she was studying at Harvard. The two met backstage at one of the musician's concerts, and he recalls them "kissing under the centuries-old oak trees" on Portman's campus and falling asleep together in her dorm room. Moby writes that he "tried to be Natalie's boyfriend," but it "hadn't worked out." Interesting.

As the book would have it, Portman was 20 when all this went down. Moby was 33. In an interview with Harper's Bazaar, though, the actress recalls things differently. "I was surprised to hear that he characterized the very short time that I knew him as dating because my recollection is a much older man being creepy with me when I just had graduated high school," she told the magazine. "He said I was 20; I definitely wasn't. I was a teenager. I had just turned 18. There was no fact-checking from him or his publisher — it almost feels deliberate." A quick trip to Wikipedia confirms Portman was 18 in late 1999.

Is Moby issuing a thoughtful Notes App apology in response to Portman's reveal? Absolutely not. He's doubling down on his book's claim, in fact. On Instagram today, the musician posted an old photo of him and a (frankly kind of reluctant looking) Portman, as though it contains proof of their having once been in love. His defensive caption doesn't address the age thing at all.

Sadly, Moby probably isn't the first or last ageing weirdo to falsely brag about having once dated Natalie Portman. The only account of her Harvard years I'll accept as solid truth? Below.