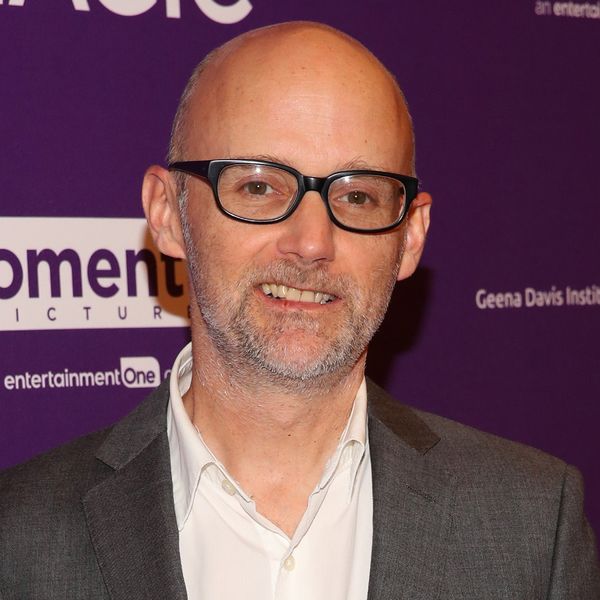 Moby Claims He Once Rubbed His Penis on Donald Trump

We all have those wild, ill-advised party stories, but Moby's Donald Trump story may have just one-upped everyone. Now 15 years sober, the musician revealed that he once touched the now-President with his penis at a party.

In an excerpt provided to The Times from his forthcoming memoir Then It Fell Apart, Moby recalled seeing Trump at a party full of "businessmen and real-estate developers, most notably Donald Trump, who was standing a few yards away from us at the bottom of a staircase, talking loudly to some other guests." Moby then goes on to reveal that he was feeling tipsy — due to his distress over 9/11.

"After September 11, 2001, the only way in which I knew how to process my grief was to stay drunk, do as many drugs as possible, and throw myself into whatever degeneracy flowed out of New York's perpetually degenerate spigot," Moby wrote. "Sometimes the degeneracy was gritty and old school—cheap drugs in dive bars and sex in tetanus-y bathrooms. And sometimes the degeneracy was gilded—helicopters to Staten Island and parties with billionaires."

At this point, one of his friends suggested "knob-touching" Trump. For those lacking the imagination, Moby's friend apparently explained that knob-touching is "when you take your penis out of your pants at a party and brush it up against someone" — a proposition that the musician was obviously intrigued by.

In recent years, Moby has been quite vocal about his distaste for the sitting President, but it appears that he's never really held him in high regard. Writing that Trump, even then, was nothing more than a "mid-level real-estate developer and tabloid-newspaper staple whose career had recently been resuscitated by a reality-TV show," Moby says that he realized at that moment he "had to knob-touch Donald Trump."

"I drank a shot of vodka to brace myself, pulled my flaccid penis out of my pants, and casually walked past Trump, trying to brush the edge of his jacket with my penis," Moby said. "Luckily he didn't seem to notice or even twitch."