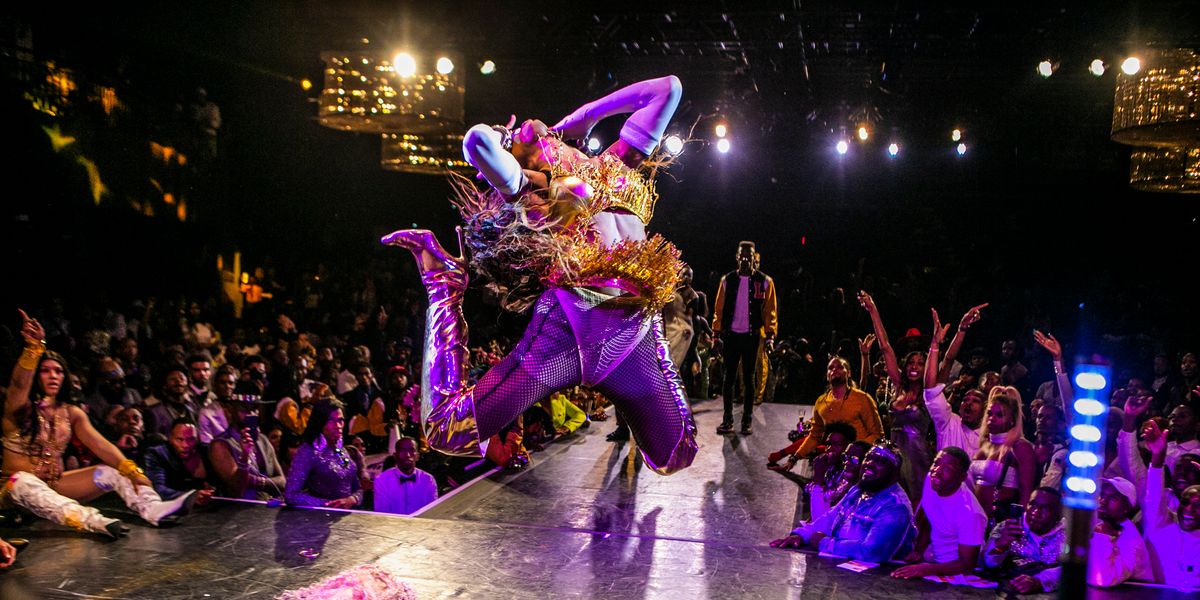 The Porcelain Ball, hosted by the legendary NYC house of Miyake-Mugler is an annual celebration of ballroom culture, fashion and face.

This year's, held last weekend at Times Square's Playstation Theater, had a special emphasis on the latter given that it was sponsored by Rihanna's Fenty Beauty. Thanks to Rihanna, the winner of the open-to-all Face category — which went to whoever best captured "ostentatiously extravagant beauty verging the point of vulgarity" — walked away with 10,000.

It was a fierce competition, but in the end, Rihanna presented the award to veteran Face queen Mother Dee Dee Xclusive Lanvin (who entered in a human-sized birdcage) and her house daughter Erykah, who split the prize two ways.

Beyond Face, the night had fabulous showings from many, as well as appearances from, beyond Rihanna, Duckie Thot, Winnie Harlow, Pose's Dominique Jackson, Lil' Mama and Drag Race's Vanessa Vanjie Mateo.

Cyle Suesz was on-site to capture it all. Check out highlights of the night, below.