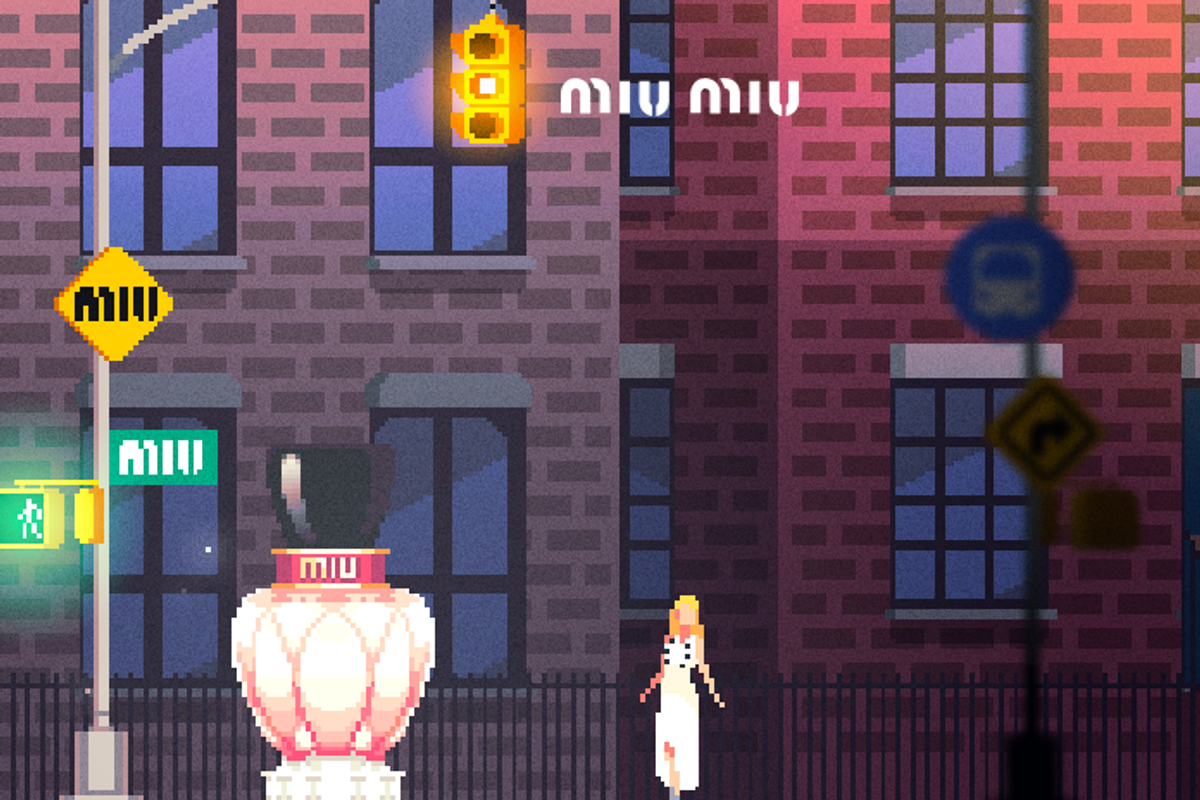 Last month, Miu Miu debuted a campaign starring Elle Fanning for the label's latest fragrance, Miu Miu Twist. Fanning luxuriates on an enormous perfume bottle in portraits shot by Mert and Marcus, and in an accompanying video campaign by artist collective Canada, the actress plays with puns, traveling to the "miu-n" (moon), a "miu-vie" set, and setting the "miu-d" on a Dick Clark-esque soundstage.

But the brand wasn't done yet. Although was Twist released in January, Miu Miu has just released a promotional video game, Be The First Woman on the Miun. While the aesthetics of the scent's commercial veered toward the sixties, the game is strictly '80s, with Fanning rendered in 8-bit. Ms. Pac-Man is shaking. The timing of the release is actually rather appropriate considering a recent proliferation of arcade game-inspired entertainment; Natasha Lyonne's new Netflix masterpiece Russian Doll features the actress as a coder, and the structure of the show is inspired by the choices made in games (I refuse to acknowledge Black Mirror: Bandersnatch).

The Miu Miu game is simple–you click to hop your little Fanning avatar over bottles of Miu Miu Twist, starting on a New York City street and ending on the miu-n. But I am inept and thus found it weirdly hard. I am getting this post to my editor very, very late because I kept dying in the game, my sprightly little avatar shattering like glass. Play it here. You will definitely do a better job than I!