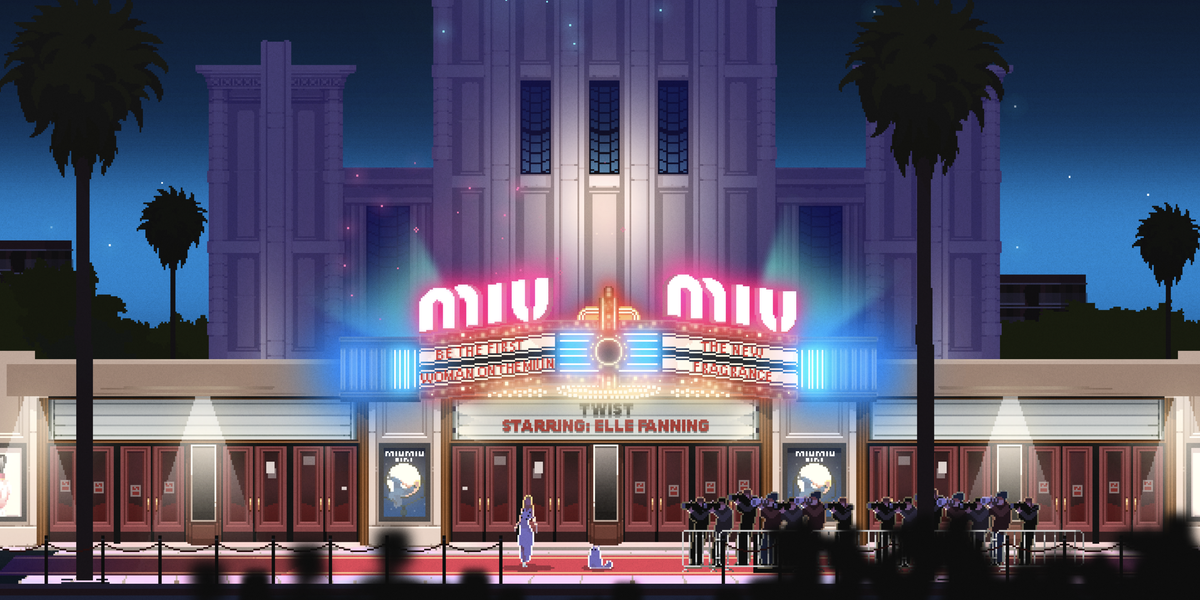 The Miu Miu arcade game is back for a second time! The vintage style 8-bit game that first made its debut earlier last year followed the release of a campaign video starring Elle Fanning for the label's iconic fragrance, Miu Miu Twist.

Now for an updated twist on the OG scent, Fanning has reprised her role for the second episode of what the brand has dubbed "Twist Saga: the new Eau de Toilette." The video sees the actress transported to the moon, while on a "miu-set" along with a short dance performance with supposed aliens. "This feels a bit like Deja-MIU," Fanning jokes in the end.

"Backstage or on-camera, her infectious energy transforms the world around her," the brand says of Fanning. "From twisting words to twisting scenes, she stages a MIU-tiny against the MIU-ndane and embodies the creative spirit of Miu Miu."

The second chapter of the game, which is weirdly challenging FYI, was designed with the intention of making it more accessible with Production Director Bruno Muszynski in charge of game development.

The aim of the '80s Pac Man-esque game is simple: make your glamorous Fanning avatar hop over the multiple Miu Miu Twist bottles to collect points and eventually guide her to the "Miu-vie" premiere and walk the red carpet. Players can also screenshot their scores at the end and "challenge their friends."

​The Miu Miu Twist fragrance features notes of Bergamot and Apple Blossom that lead to full-bodied base notes of Cedarwood and Pink Amber accord.