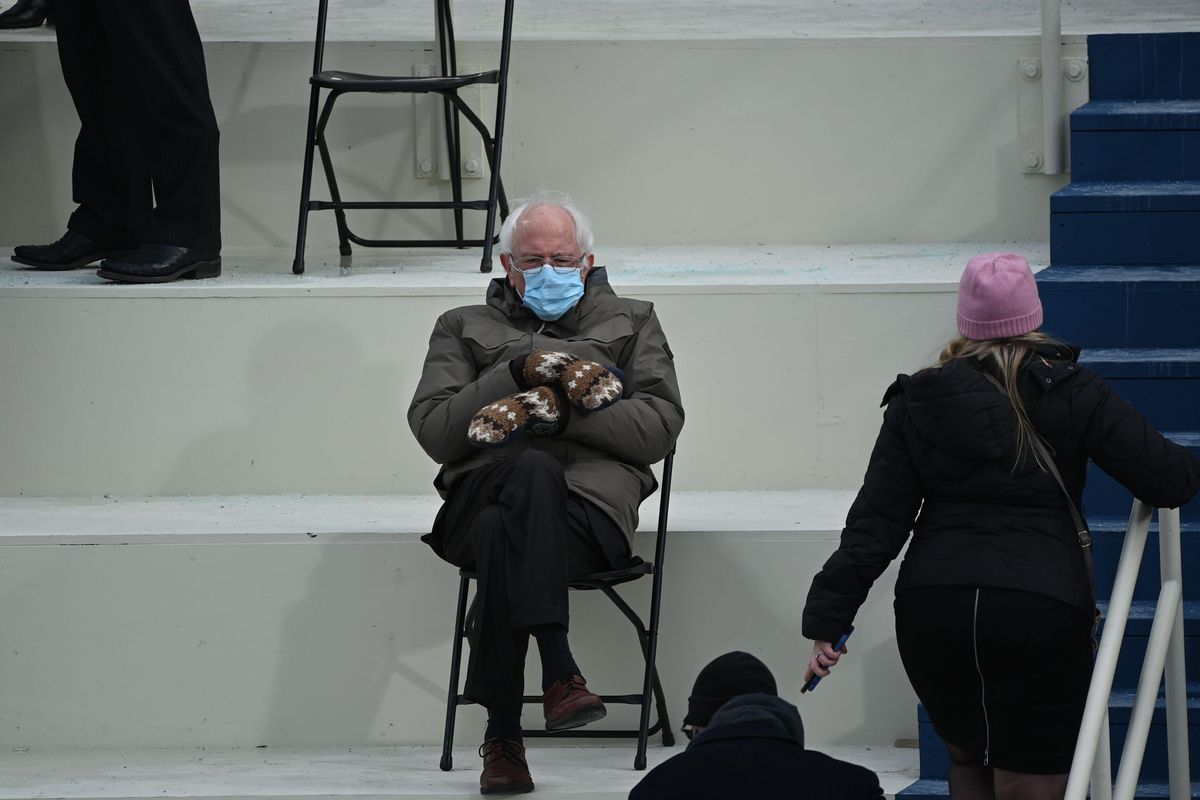 Today is the day, and there's much to talk about. Michelle Obama! Kamala Harris! Kamala Harris's cool Bushwick stepdaughter! A terrifying rumor that a bunch of Senators are going to ceremonially don Biden-esque aviators at some point during the ceremony!

But right now the memes are focused on one man, and one man only. A perfect Getty image of the beloved Vermont senator Bernie Sanders, whose progressive platform helped shove the Democratic presidential race significantly to the left, shows that he has gone against the grain once more by turning up to Biden's inauguration dressed not in hip indie designer duds but rather... what looks a lot like Burlington Coat Factory. Man of the people, forever. (Update: the jacket is Burton, and you might recognize it!)

It gets cuter. Biden's very warm-looking mittens were apparently gifted to him on the campaign trail by Vermont teacher Jen Ellis more than two years ago. In keeping with Bernie's environmental credentials, they're made from repurposed wool sweaters and lined with fleece made from recycled bottles, according to BuzzFeed News reporter Ruby Cramer.

He is the grumpy New York grandpa who speaks for all of us on this weird, deflated-feeling day. I am once again asking you to revel in some Bernie memes, below.

Wait, is Bernie is wearing the same jacket from his meme at the inauguration? https://t.co/q0DtVNpZbB
— Alan Johnson (@Alan Johnson)1611157292.0

When you’ve got the inauguration at noon but gotta be back in bed by 1pm @BernieSanders https://t.co/cHjdvMkJYE
— Brooklinen (@Brooklinen)1611176504.0