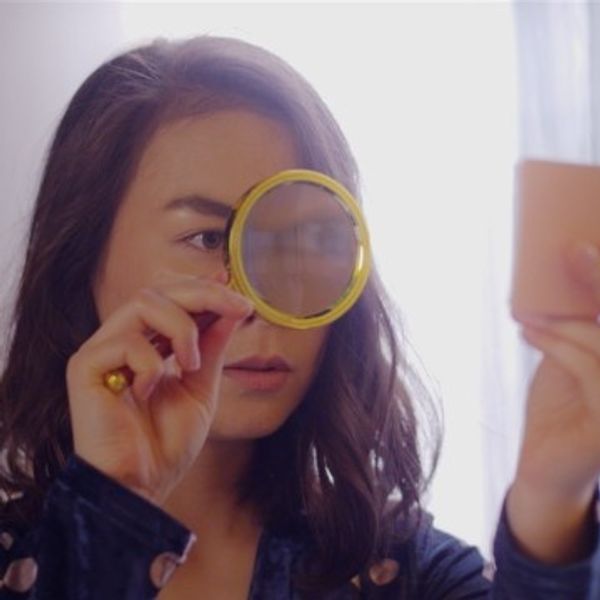 Mitski's Surreal 'Nobody' Video Explores Loneliness With a Wink

Mitski, one of the great confessional singer-songwriters of our time, is gearing up to release her next album, Be The Cowboy, on August 17. She's already given us the Zia Anger-helmed video for "Geyser," the album's explosive opener about a tightly-wound woman losing her nerve.

New single "Nobody" utilizes the clever trick of pop-as-bait, cruising along on a buoyant, building disco groove with lyrics delivered with "Girl From Ipanema" smoothness such as "I've been big and small, but still nobody wants me." Fittingly, then, the video to "Nobody," directed by Christopher Good, doubles as apt social commentary about loneliness and women utilizing emotion, even of the intense variety, as a locus of power and control.

Our heroine runs around her candy-colored room, after her second twin bed slides away from her (could it be the bed of a lover? the bed of her sanity?) She then finds a mysterious card in the mail from no one and what looks like a self-portrait with the faces undrawn on her doorstep, and further surreal chaos ensues from there. A giant diary unfolds into smaller diaries reading "nobody," until a magnifying glass reveals that on her hand are the words "you" repeated.

It's all pretty wild, but the video also effectively examines loneliness in the digital age and the mental unrest that can result. What does it say about us that when we watch TV, we don't see ourselves, when we receive information (in the mail, or even at our doorstep), it seems to reveal no deeper truth about who we are? In a time where rugged individualism reigns supreme in Western culture, where exactly do we fit in?