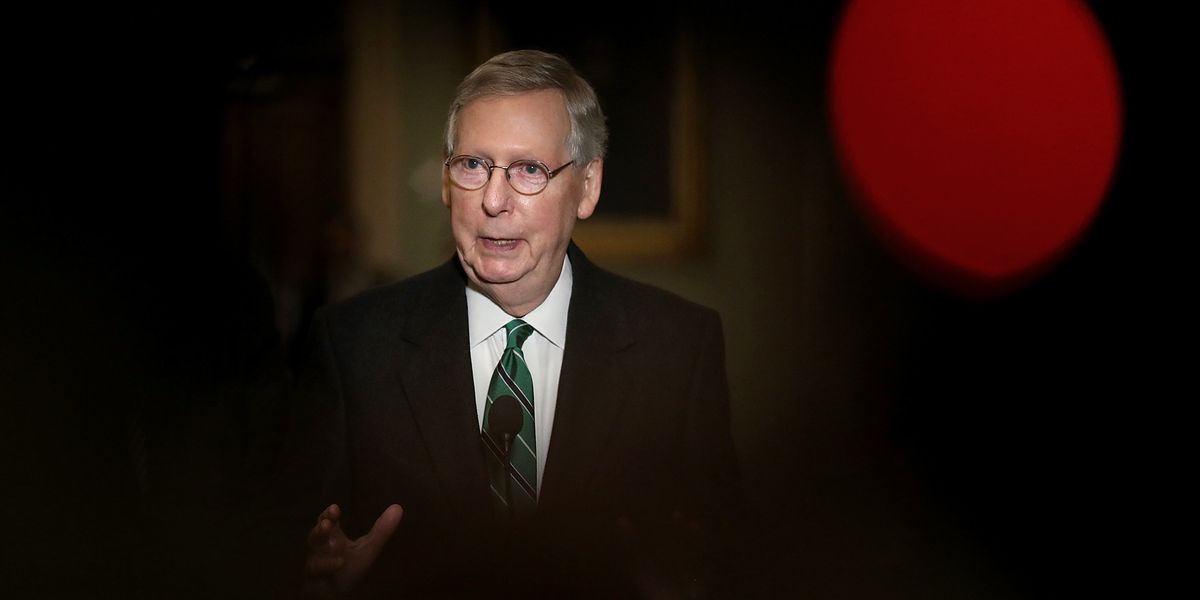 When someone spotted McConnell and his wife, Transportation Secretary Elaine Chao, at a restaurant called Bristol Bar & Grille in Louisville, they sent out a tweet, which attracted activists who were already protesting outside an ICE office nearby. The group came to the restaurant parking lot and chanted, "Vote you out!" as well as "turtle head," "Abolish ICE!" and "Where are the babies, Mitch?" Among the activists at the restaurant were three members of the Democratic Socialists of America, including the local chapter head.

One person said, "We know where you live," which has prompted the Democratic Socialists of America to issue a statement saying, "This person is not a DSA member, nor do we know who he is or what he meant by that statement. We believe it is a reference to peacefully protesting in front of McConnell's house, which is a regular occurrence in Louisville. However, we cannot speak more to the comment because it did not come from our organization or our members."

McConnell and Chao were also confronted by protestors two weeks ago when attending an event at Georgetown University. There have been growing tensions between the left and the right over these kinds of protests. The right feels they are being unfairly targeted for their political beliefs, urging "civility" and bipartisan allyship, while the left feels that when people are involved or complicit in human rights violations like the ones occurring at the U.S.-Mexico border, they deserve to be publicly criticized until they amend their behavior. Democratic Congresswoman Maxine Waters recently faced criticism from the right for urging people to continue harassing members of the Trump Administration.