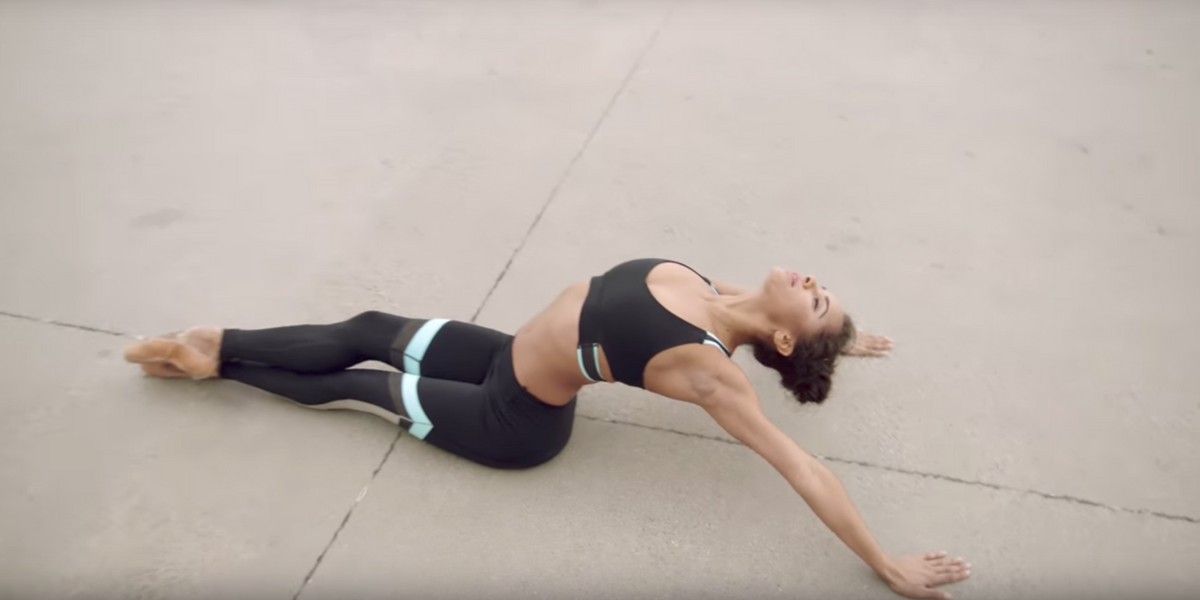 For its latest campaign, athletic-wear brand Under Armour has taken a fresh approach by pairing women athletes with a variety of "lyricists, poets, and spoken word artists" to make undeniably alluring videos that showcase each athlete's particular skills. Called "UNLIKE ANY," the campaign debuted today and features some very talented women: Jessie Graff, a stuntwoman; Zoe Zhang, a taekwondo expert; Lindsay Vonn, a snowboarder; Alison Desir, a long-distance runner; and Natasha Hastings, a sprinter, all make appearances.

The sixth member of the campaign is Misty Copeland, the dancer who made history in summer 2015 when she became the first African American woman to land the title of "Principal Dancer" at New York's prestigious American Ballet Theatre. In her video, the performer dances around an empty space while the voice of renowned poet Saul Williams plays overhead. Out of any of the others, this pairing is the most effective. As a Black poet who has experienced his own bout of unprecedented success in an overwhelmingly white arena, Williams' words take on a new visceral meaning as they soundtrack Copeland's graceful moves.

"The systemic structure built to keep me in place is the stage I dance on," he reads aloud at the beginning of the video. And as Copeland contorts and stretches her limbs into masterfully intricate shapes, we can all be at peace knowing that both of these talented Black individuals have upended those structures to achieve great victories.

Unlike any? Yup, they really are.