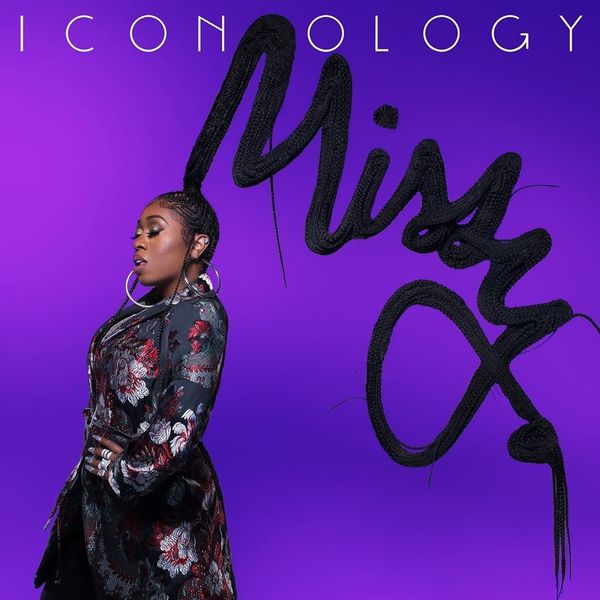 Another Friday, another casual drop of new music and videos from none other than legendary hip-hop artist/producer Missy Elliott. In the dead of night, as Swifties were cueing up Lover, Elliott was like "sike!" and released Iconology, her first collection of new music in 14 years, and its lead video to "Throw It Back."

The song is a bass-heavy, feel-good rattler acknowledging Elliott's undeniable impact: "I raised all these babies, call me Katherine Jackson/Please don't steal my style/ I might cuss you out/What you doin' now, I did for a while," she raps in a syrupy, cocksure cadence. Then, this line one can't argue with: "I did records for Tweet before y'all could even tweet."

In one of the "Throw It Back" video's first choreographed scenes, Elliott's pastel-suited (from hot pink to slime green) dancers have their wigs literally snatched. I'm all of those dancers. Teyana Taylor kicks off the scalping fest as a Camp-couture docent of the Missy Elliott Museum, introducing a young girl dressed like Under Construction-era Missy to the "Hall of Missy." Taylor's thick New York accent is in full effect, too, letting us know that in Elliott's world, the very real clashes with the surreal and gleefully strange.

Anyway, cut to one of the next scenes and Elliott is using her braids as double-dutch ropes for girls in matching tie-dye to jump through. Then there are hi-def block parties with saturated color stories, a pep rally where Elliott's cheerleaders sub pom-poms for dyed Afro wigs, and yes, even a recreated Moonman dance sequence, a cheeky acknowledgment of her upcoming Video Vanguard Award at this weekend's MTV Video Music Awards.

Iconology itself doesn't disappoint either, of course. The five-song EP breezes through "Throw It Back," "Cool Off," a windows-to-walls banger that name-checks Jay-Z in the name of dancefloor euphoria; "DripDemeanor" (featuring Sum1), a hip-winding slow jam that is alternately sexy, playful, and confrontational; and "Why I Still Love You," a Southern-style doo-wop track that showcases Elliott's singing, as she flits between pain, humor, and victory in the face of a cheating lover. Naturally, that track gets an a capella version in case you don't hear the ending: "Stay out my face, I'm gon' be alright."

Elliott has had her share of challenges in recent years with health complications, but it's all but completely stopped her creative outpouring. And in the last five years, she's continued to release iconic music and videos that shatter the boundaries of what's possible in hip-hop, from "I'm Better" to "WTF (Where They From)," with a spate of guest features, including on Lizzo's "Tempo," and the remix to Ciara's viral hit "Level Up." Even when she released a string of singles in 2015 that included "WTF," it seemed an official "comeback" was in progress for Elliott.

Perhaps it's not quite right then to call this Iconology era a comeback then, because Elliott, nor her influence, has ever really left us. She's always been ahead of her time. Perhaps it's better to consider this a reintroduction to fans who've followed her since the '90s, when her debut album, Supa Dupa Fly, went multiplatinum, or to those who admired her production work with R&B auteurs from Tweet to Aaliyah on down, or maybe even better: Iconology could be an intro to a new generation of young people who need to know who the fuck Elliott is.

But even if Elliott hasn't physically been as present in years as she is right this second, we can thank her avant-garde contributions for the sonic and visual work by everyone from SZA and Azealia Banks to Dawn Richard and FKA Twigs. Note that these are all examples of visionary Black women who are able to show the world what's possible when Black girl magic is free to live and breathe. They need no permission to innovate, and innovate they have. I'd argue Missy Elliott taught them that.