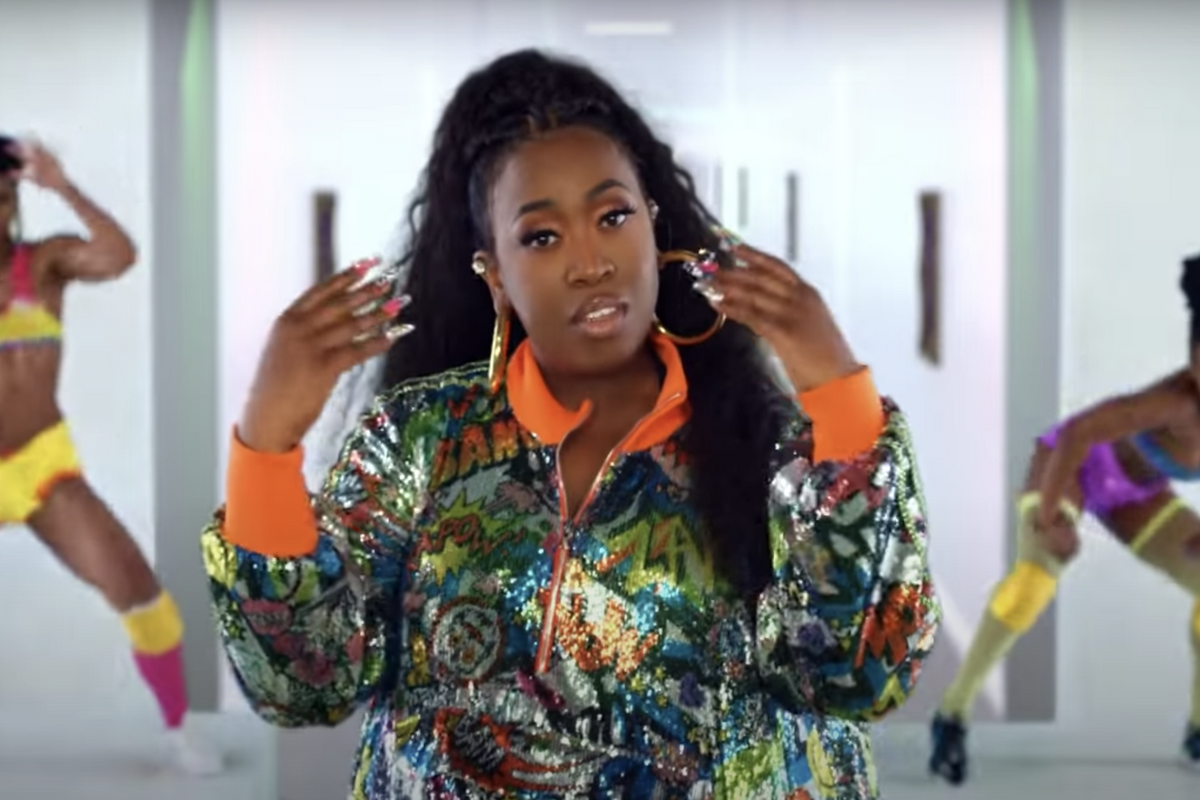 Leave it to Missy Elliott to get your ass up off the couch during quarantine for a retro-themed dance party workout. No need to break out the Jane Fonda exercise tapes, just pull up "Cool Off" on YouTube and get bouncing.

When the "Lose Control" legend began her newest era with an EP fittingly titled Iconology last summer, the internet had an absolute meltdown over the fact that the artist was releasing something after going over 10 years without a full length project. The tracks didn't disappoint, but some of the bops got lost in the heat of the usual summer song chart battles. Now, Missy's reintroducing her fans to one of the EP's most fast-paced tracks, ironically titled "Cool Off," because by the end, you'll be sweating.

The video sees Missy take on the roles of both museum statue and dance drill sergeant; her back up dancers go through the same transformation, at some points taking on the truncated and robotic movements of living sculptures and at others shaking it and throwing back in '80s neon workout attire. While Missy shouts out directions over the horn-blaring beat, her co-stars oblige, making it go "'round like a ceiling fan" — a move that will surely show up in the song's inevitable TikTok trend.

Teyana Taylor even makes an appearance at the end, showing up once again as the latex-dressed tour guide from the videos for "DripDemeanor" and "Throw It Back," released in 2019.

Watch the full video for the newest single below.