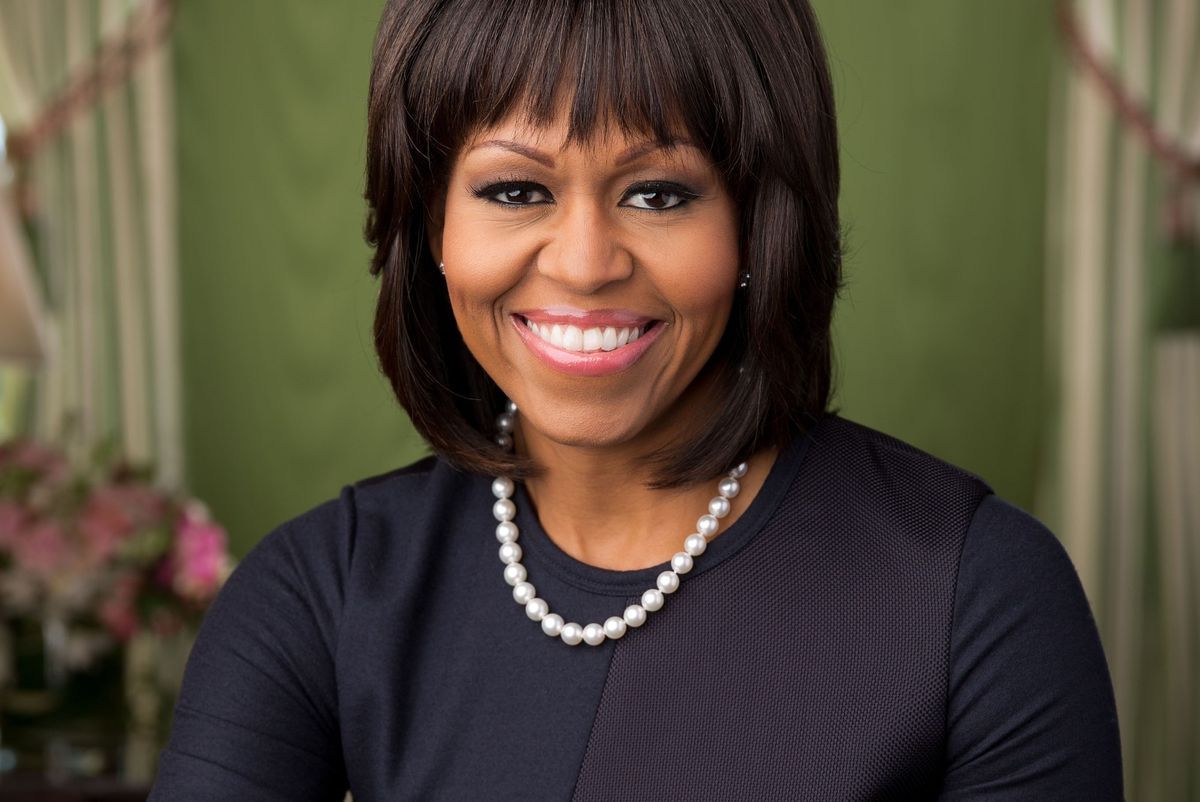 Can we come too?

UPDATE, 3/15/16: We were totally right on track with that killer album joke--and it's even better than we could have imagined.

The First Lady is, in fact, summoning an all-star crew to come together on one track to support Let Girls Learn. The current line-up for the song "This Is for My Girls," written by Diane Warren, includes Missy Elliott, Janelle Monae, Zendaya, Kellies Clarkson and Rowland, Lea Michele, and supposedly more. The song will be available starting at midnight tonight.

Honored to share my voice for #62MillionGirls and @FLOTUS! download TIFMG at midnight tonight! via https://t.co/BtvtZKcCEF @MAKERSWomen
— Zendaya (@Zendaya) March 15, 2016

What are you doing Wednesday at 11 A.M.? I'll tell you what: watching some of our nation's fiercest woman hang out together at SXSW. Michelle Obama is there for a keynote appearance, and will be joined by Missy Elliott and Queen Latifah, as well as songwriter Diane Warren and actress Sophia Bush.

The First Lady is set to talk about her Let Girls Learn initiative, which strives to make sure girls around the world have access to education. Queen Latifah will be moderating the discussion. The whole thing will stream live, And after that we assume they'll band together to record the greatest album of all time.