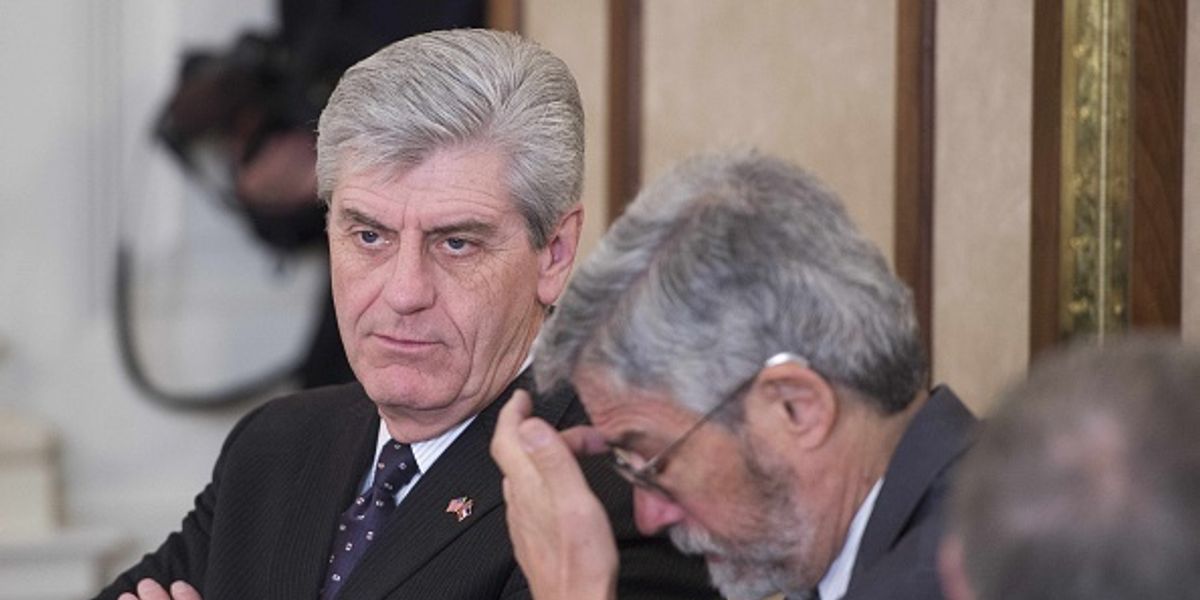 Mississippi May Now Be Able to Discriminate Against LGBT People

The distressed guy is all of us right now.

Mississippi was best known as the innocent state that you would spell out in a sing-song voice in middle school because it was just so funny. Now, the state is home to possibly the most vicious and discriminatory law in the US, the misleadingly titled "Protecting Freedom of Conscience from Government Discrimination Act," which will likely become official after the 5th Circuit Court of Appeals upheld the law.

Mississippi HB 1523 grants individuals, businesses, and religious associations broad permission to discriminate against the LGBT community in the name of faith. The bill does this by specifically protecting "religious beliefs or moral convictions" and promising not to take any action against organizations that believe "Marriage is or should be recognized as the union of one man and one woman," "Sexual relations are properly reserved to such a marriage," and "Male (man) or female (woman) refer to an individual's immutable biological sex as objectively determined by anatomy and genetics at time of birth."

The bill's language is even more disgustingly specific, virtually protecting every state entity or individual from being charged for discrimination when they decline any service, including marriage licenses and the ability to adopt children, to LGBT people, as long as their guidelines and decisions were crafted based on their religious beliefs. The bill also protects establishments that implement anti-transgender bathroom policies. It even specifically protects business owners who decline "cake or pastry artistry" services. Sound familiar?

HB 1523 was signed by Mississippi Governor Phil Bryant last year, but was prevented from going into effect by an injunction in the case after being challenged in the case of Barber v. Bryant. Side note: Bryant inspired a punk band named Fuck Phil Bryant, in case you're into that. The governor also famously (and rather dramatically) said he would rather be crucified than change his anti-LGBT stance.

"This law—now the most discriminatory, anti-LGBTQ state law in the country—was rooted in hate," Rob Hill, director of the Human Rights Campaign in Mississippi, said in a statement. "It targets the LGBTQ community and it is a deliberate attempt to undermine marriage equality and the dignity of LGBTQ Mississippians who lawmakers have sworn to serve and protect."

Basically, rather than protect the LGBT community's rights to go into a store and buy a custom cake for their same-sex wedding, like any straight couple or cisgender person is able to do, the state will now protect their right to refuse service due to sexual orientation or gender.

If this is any consolation to the LGBT, the bill also makes it legal to discriminate against everyone who engages in or has had premarital sex—yes, even straight people.