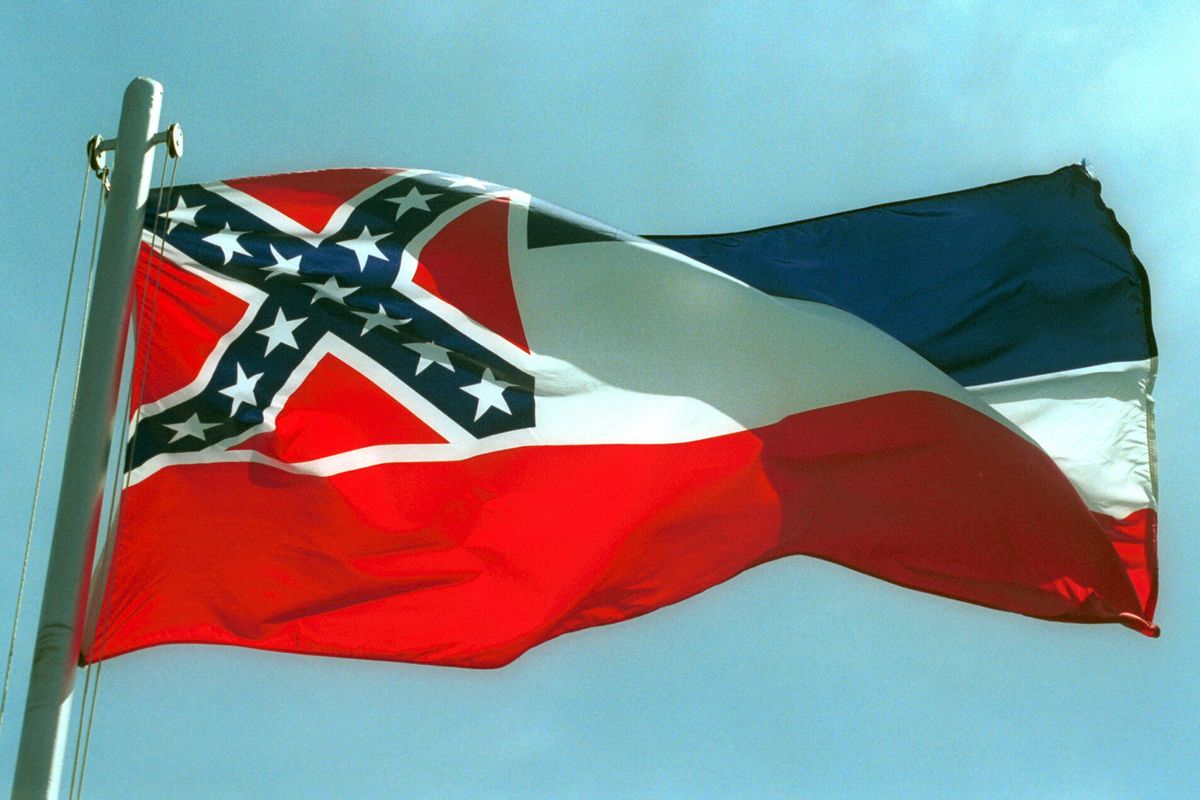 Mississippi will finally remove the Confederate battle emblem from its state flag.

On Tuesday, Governor Tate Reeves signed the bill initiating its removal, following a fast-tracked passage of the measure by the state's legislature over the weekend. Mississippi was the last U.S. whose flag — which was created 126 years ago — still included the symbol, according to NBC News.

Related | Find More Confederate Monuments to Topple Near You

"This is not a political moment to me, but a solemn occasion to lead our Mississippi family to come together to be reconciled and to move on," Reeves said, before adding that he understood "fears" surrounding the potential erasure of the state's "complicated and imperfect" history.

That said, while Reeves supported the flag change, he went on to say that Confederate monuments should be kept, saying that "there is a difference between a monument and flags."

"A monument acknowledges and honors our past. A flag is a symbol of our present, of our people and of our future," he continued. "For those reasons, we need a new symbol."

A new commission will now be tasked with developing a new flag design that includes the phrase "In God, We Trust." It will be voted upon by Mississippians this November.