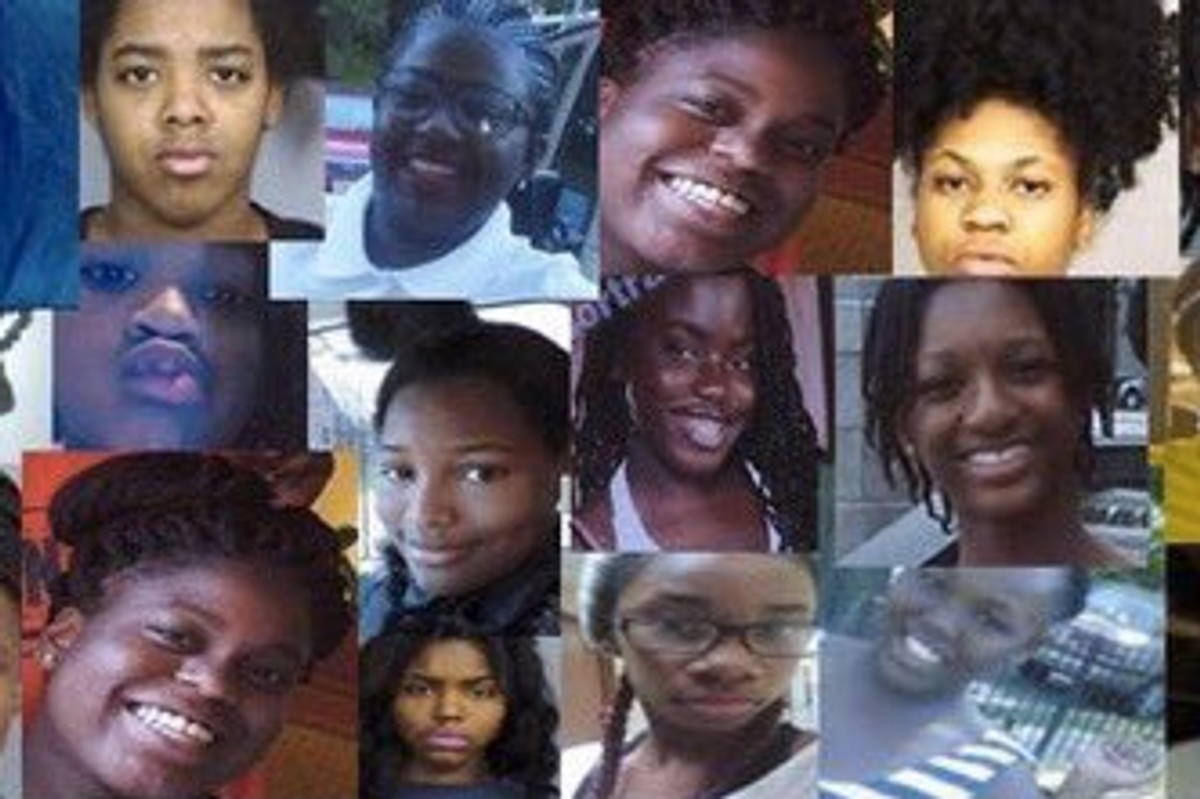 Where Are the Missing D.C. Girls?

You may have seen posts on social media in the past few days calling out the national media and law enforcement for ignoring cases of black and Latinx girls currently reported missing in Washington, D.C. Celebrities and civilians alike are using the hashtag #MissingDCGirls to highlight the high number of young people (and especially young women) reported missing this year:

I guess the media has its hands to busy disrespecting Trump to cover this nightmare. Please help find these girls🙏 #missingdcgirls pic.twitter.com/SZqx2gf3WE
— Char Bramble (@charlenebramble) March 24, 2017

Shame on ALL media outlets for NOT making this a national priority!!! #missingdcgirls pic.twitter.com/ynAZYPK9Tz
— Marty Van Zandt (@MartyVanZandt) March 24, 2017

The #missingDCgirls aren't only in DC, but in the entire country. They also aren't only 14, but there are thousands of missing black girls.
— Gilluis Pérez (@Gilluis_Perez) March 24, 2017

If the #missingdcgirls were white women, the country would be on high alert. Color of skin shouldn't matter - find them and bring them home
— CM (@Colinsayshey) March 24, 2017

In response to the outcry, black members of Congress sent a letter to Attorney General Jeff Sessions, calling on the Justice Department to investigate the disappearances.

The District of Columbia has seen 501 cases of missing juveniles, many of them black or Latino, in the first three months of 2017 according to D.C.'s police department. Twenty-two of those cases were still unsolved as of March 22nd.

However, D.C.'s police department has also said that the number of missing persons reports is not actually higher this year than any other. "We've just been posting them on social media more often," said Metropolitan Police spokeswoman Rachel Reid.

The attention on the cases from social media, though, has caused concern not only in the D.C. area but across the country.

Natalie Wilson, co-founder of the Black and Missing Foundation said, "We also noticed that a lot of African American children that go missing are initially classified as runaways. They do not get an Amber Alert or media coverage."

Black and Missing Foundation co-founder Derrica Wilson pointed out, "We can't focus on the numbers. If we have one missing child, that's one too many."

Richmond echoed Congress' calls for a more thorough investigation, saying, "Whether these recent disappearances are an anomaly or signals of underlying trends, it is essential that the Department of Justice and the FBI use all of the tools at their disposal to help local officials investigate these events, and return these children to their parents as soon as possible."