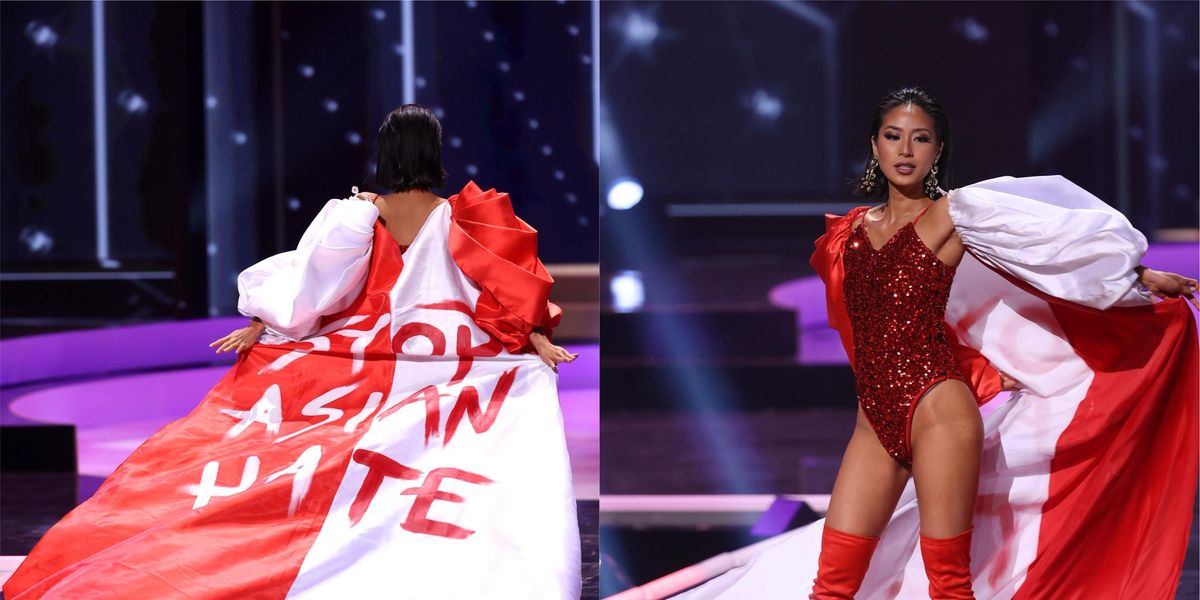 Despite its well-documented shortcomings and controversies in years past, recent editions of Miss Universe have taken on a more progressive stance and approach when it comes to social activism and representation.

All that seemed to culminate at last night's pre-taped competition, when contestant Bernadette Belle Ong (a.k.a Miss Singapore) wore a red and white cape (the colors of the flag) with "Stop Asian Hate" in a brush-stroke-style font printed on the back for the show's national costume portion on the runway.

"What is this platform for if I can't use it to send a strong message of resistance against prejudice and violence," Ong wrote on Instagram afterward of the look, which was designed by Arwin Meriales. "it symbolises unity for all and social harmony in a multi-racial, multi-cultural and inter-religious country."

The powerful message comes during AAPI Heritage Month and an ongoing wave of anti-Asian violence. Ong, who was born in the Philippines but raised in Singapore, added that she wears her country proud and strong before thanking the Miss Universe pageant for giving her the platform to raise awareness.

So many impactful pieces from this year's delegates! Don't forget to vote for your favorite costume at… https://t.co/HIqPztSElh
— Miss Universe (@Miss Universe)1620953483.0

Miss Canada Nova Stevens, another early fan-favorite, opted for a Wakanda-inspired costume as a "fight for equality" complete with full-body armor and shield that represented "strength and resistance."

The preliminary competition featuring 74 women kicks off tonight, May 14, to determine which 21 competitors will make it to the live May 16 pageant.