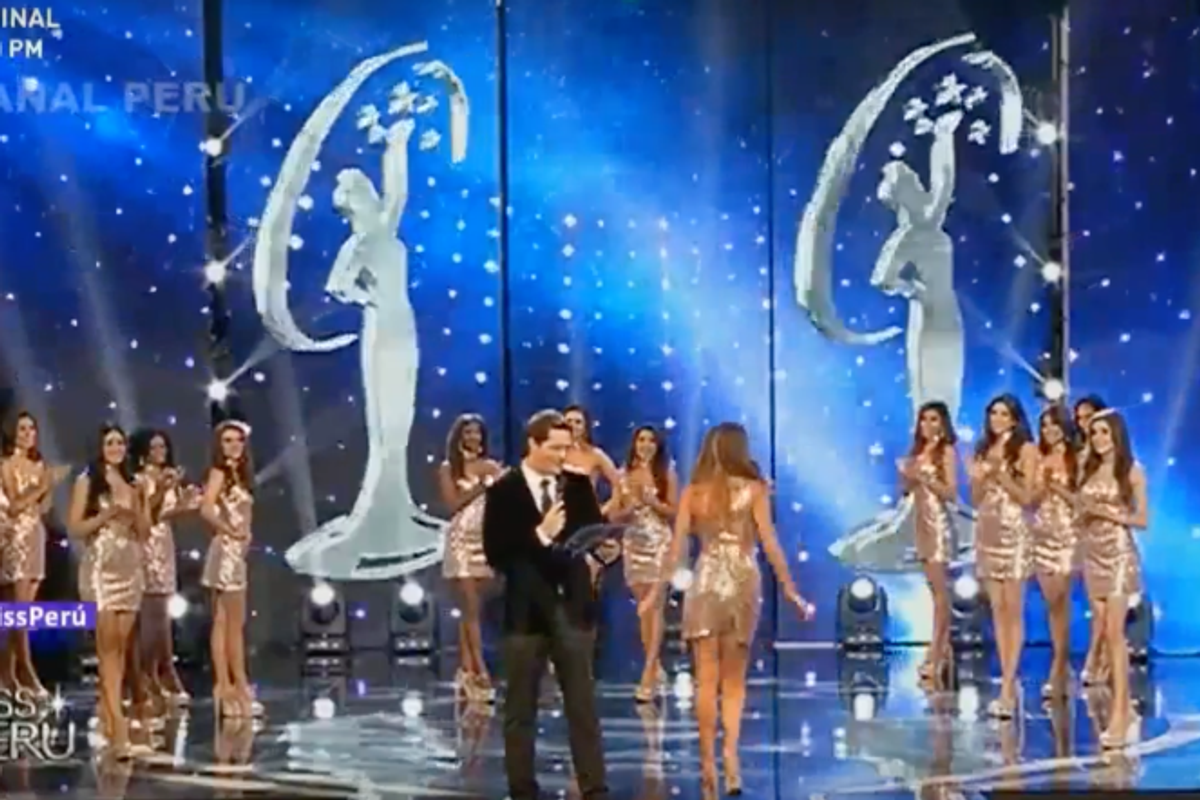 Because beauty pageants are about as close to the 1950s as we get, women competing to be Miss Somewhere are apparently occasionally asked to reveal just how many inches their bust, waist and hips equate to. A mess, you say? Yes. Yes it is. But Miss Peru Contestants weren't having it this time around.

Buzzfeed News reported this past weekend that instead of disclosing their measurements, the Peruvian beauties opted to share facts about violence against women in their native country or hometown. It was a bold, collective decision which resulted in a script change made prior to the segment, while newspaper stories involving violence against women were projected behind the women as they spoke.

Contestant Belgica Guerra revealed, "65 percent of university women who are assaulted by their partners" and each women shared more and more horrifying details of the treatment of women in Peru.

"My name is Melina Machuca," another woman responded, "I represent the department of Cajamarca, and my measurements are: more than 80 percent of women in my city suffer from violence."

"My name is Camila Canicoba and I represent the department of Lima. My measurements are: 2,202 cases of femicide reported in the last nine years in my country."

"My name is Juana Acevedo and my measurements are: more than 70 percent of women in our country are victims of street harassment."

Romina Lozano, the pageant's women said, "I represent the constitutional province of Callaomy and my measurements are: 3,114 women victims of trafficking up until 2014."

Miss Peru, we applaud you.