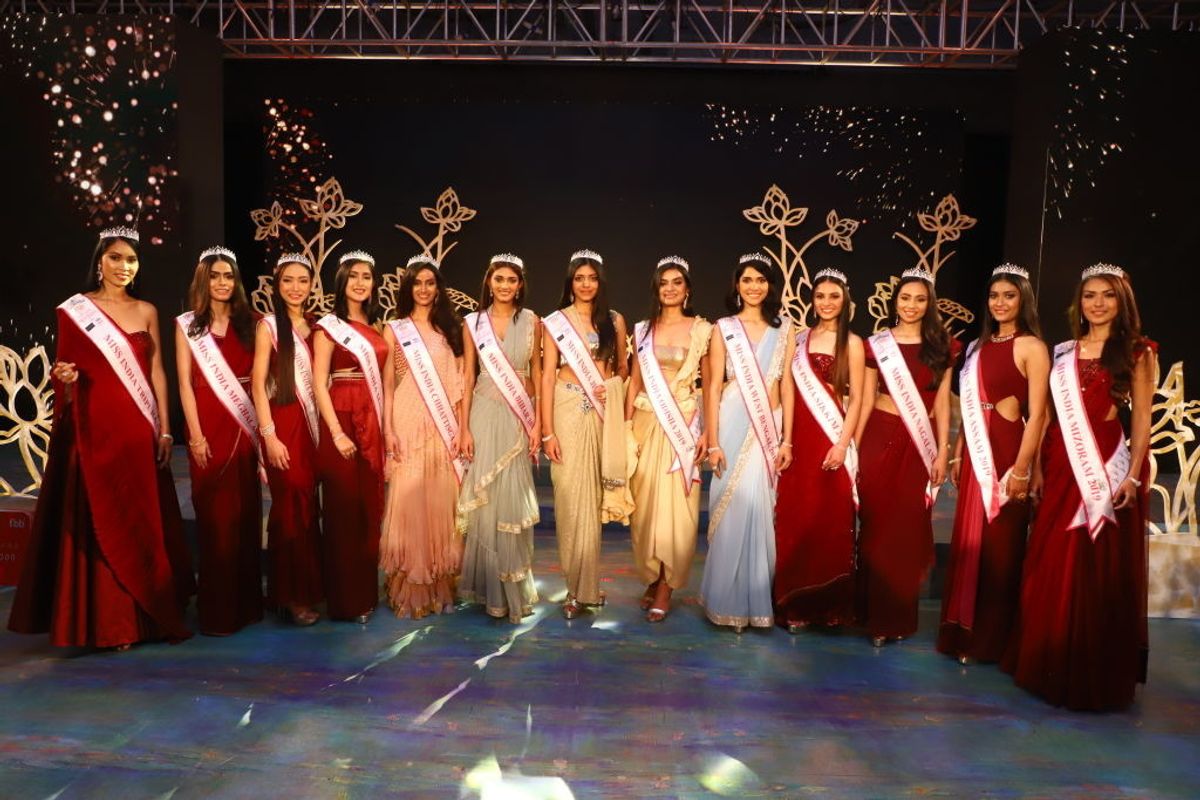 The Miss India beauty pageant, which has spawned celebrated names in Bollywood like Priyanka Chopra, is getting heat for its lack of diversity. After The Times of India released a photo of this year's top 30 contestants, the internet was flooded with angry users slamming the annual beauty competition for primarily featuring fair skinned contestants and pointed out how all 30 girls looked "the same."

"They all have the same hair, and the same skin colour, and I'm going to hazard a guess that their heights and vital stats will also be similar" one user pointed out. "So much for India being a 'diverse' country."

Another said, "Why do all the finalists 'look the same'? One of most ethnically diverse countries in the world, but India is still obsessed with being 'fair and lovely.'"

Miss India contestants. They all have the same hair, and the SAME SKIN COLOUR, and I'm going to hazard a guess that… https://t.co/2atDoSnecL
— labellagorda (@labellagorda)1558942237.0

Publications like BBC and CNN have weighed in on the issue. In a statement issued to BBC, Miss India's grooming expert Shamita Singha noted that the original photos of the girls were retouched since they looked like "plastic." She added that the Photoshop team was instructed to not change the skin tones and that both the publication deadline and the newspaper print were to blame for the ultimate result.

"This is not the skin tones of the actual pictures," Singha said, further defending the pageant by pointing out past winners with darker skin.

Miss India contest: Why do all the finalists 'look the same'? One of most ethnically diverse countries in the wor… https://t.co/lGDcxoE6OU
— Natasha Fatah (@Natasha Fatah)1559208960.0

Radhika Parameswaran, a professor at Indiana University's Media School, told CNN that Indian beauty pageant contestants looked to match reigning Eurocentric and western beauty ideals. "[They] have to emulate Western beauty standards to win," she said. "Colorism and racism are Siamese twins and cannot be separated."

India's cultural obsession with lighter skin tones is no secret. "Fairness" creams have long been some of the most successful cosmetic products in the country. But the obsession is best reflected within numerous matrimonial ads for prospective brides that insist girls applying for arranged marriages should have "fair skin" as a standard of beauty.