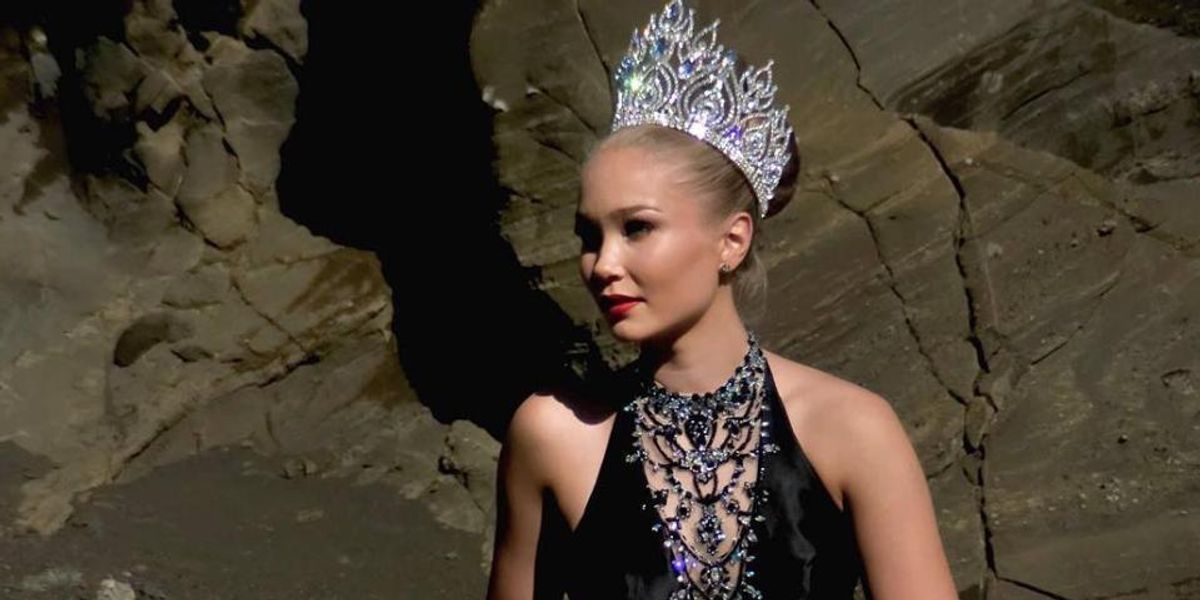 The reigning Miss Iceland has quit the international Miss Grand International pageant after the organization reportedly body-shamed her by telling her her shoulders were too big and that she should lose weight ahead of the final competition today.

Yesterday, Arna Ýr Jónsdóttir posted a handwritten letter to her Instagram detailing why exactly she was dropping out of the final event in Las Vegas, saying that "I am a very strong woman, but sometimes my strength isn't enough."

"Your staff told me that I had to lose weight for the finals because I have too much fat on me and also too big shoulders. They told me to lose weight and you would like me more," she wrote. "I decided to leave."

She then went on to defend herself, citing her credentials as a top contender in the Miss World pageant and as the winner of Miss EM, and saying that it being told that she was "too fat" four days before stage "with all my qualities and good experience I come with my passion and hard work to your pageant" was too much.

"Actually if anyone tells me that I'm too fat or whatever, they just don't deserve me. And that's why I left," she continued, adding later that she "truly hopes that the organization opens their eyes because the year is 2016 and if you are gonna hold an international pageant, you have to see the international beauty."

Miss Grand International has yet to respond. Read Jónsdóttir's entire letter below.