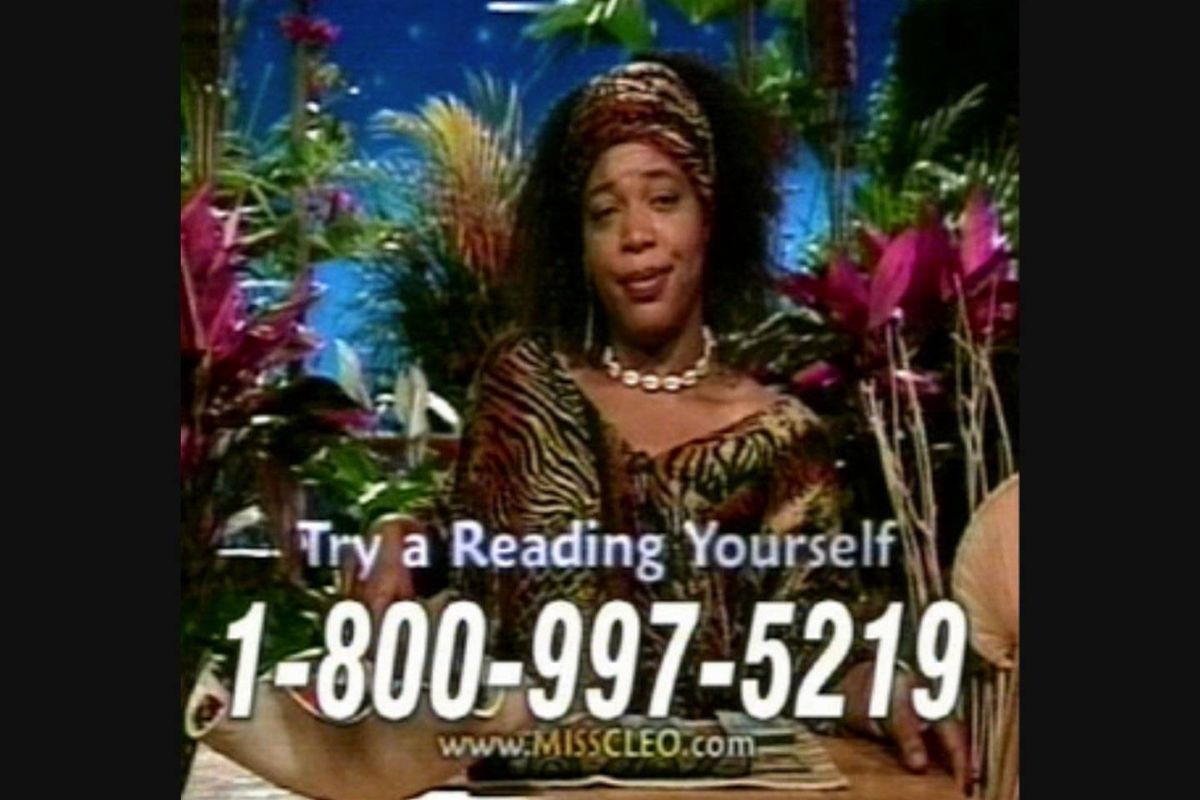 Miss Cleo, icon of the '90s late-night psychic hotlines you'd call with your friends at 2 a.m. and hang up when you realized it actually cost money, has passed away after battling cancer. She was 53.

Following a government crack-down on psychic hotlines in the early aughts, Cleo, whose commercials were in heavy rotation on cable stations after 10 p.m., had mostly laid low in the past decade.

In 2002, the Federal Trade Commission filed a complaint against the Psychic Readers Network, which included Cleo, alleging that they had scammed customers out of over $1 billion. Cleo was eventually dropped from the suit, which PRN settled out of court for $500 million.

In a 2014 interview with Vice, Cleo said she never actually saw any of those profits as it was, because she had been given a "bad contract."

Additionally, in the same Vice piece, Cleo says her employers at PRN made her fake her Jamaican patois:

"My parents were not broke; I went to a very high-end boarding school. The [people I did the hotline with] did not want the public to know that about me. People magazine actually insinuated my parents were drug traffickers in an article they did on me… The people I used to work for didn't want people to know that I was an accomplished playwright. They didn't want people to know anything. They wanted people to think I just came fresh from Jamaica."

Beleaguered by her association to PRN, which she tearfully discusses in the 2014 documentary Hotline, Miss Cleo attempted to move on, releasing a spoken word album and opening her own psychic business.

In 2006, she came out to the Advocate, and, in recent years, she did voice-over work for Grand Theft Auto: Vice City.

R.I.P., Miss Cleo. We hope you're sitting in front of a celestial green screen, giving Prince and your fellow angels some straight talk.