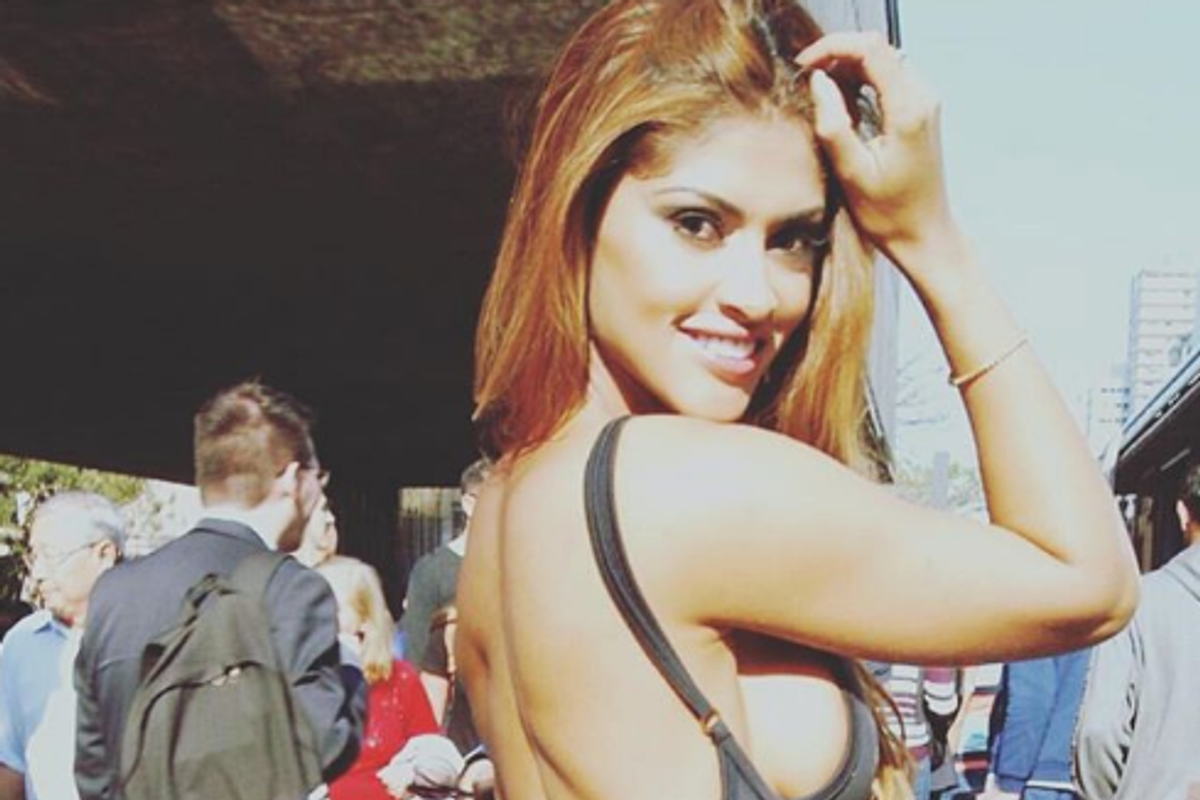 The Winner of Brazil's Miss Bum Bum Competition Was Groped

Just after contestants banded together in Brasil's famous Miss Bum Bum competition to protest sexual harassment (much like, if you remember, Miss Peru contestants shared violence against women statistics instead of their body measurements), winner Rosie Oliveira was sexually assaulted by a drunken man.

Maxim reports that while news reporter Oliveira was giving in an interview after being announced the competition's winner, a man came up and groped her butt. She then slapped him across the face.

"This is exactly what I want to fight against," the 28-year-old said. "Just because I'm Miss Bumbum doesn't mean they can disrespect me. I want to show women you can still have a big beautiful bottom and not be treated like an object."

Oliveira was vocal about using her platform as Miss Bum Bum to speak politically. She branded "Fora Temer" (out with Temer) across a Brazilian flag on the paegent's catwalk to denounce the nation's corrupt president, Michel Temer and she and other contestants wore "meat-kinis" to protest sexual harassment.

Take them down, Oliveira.