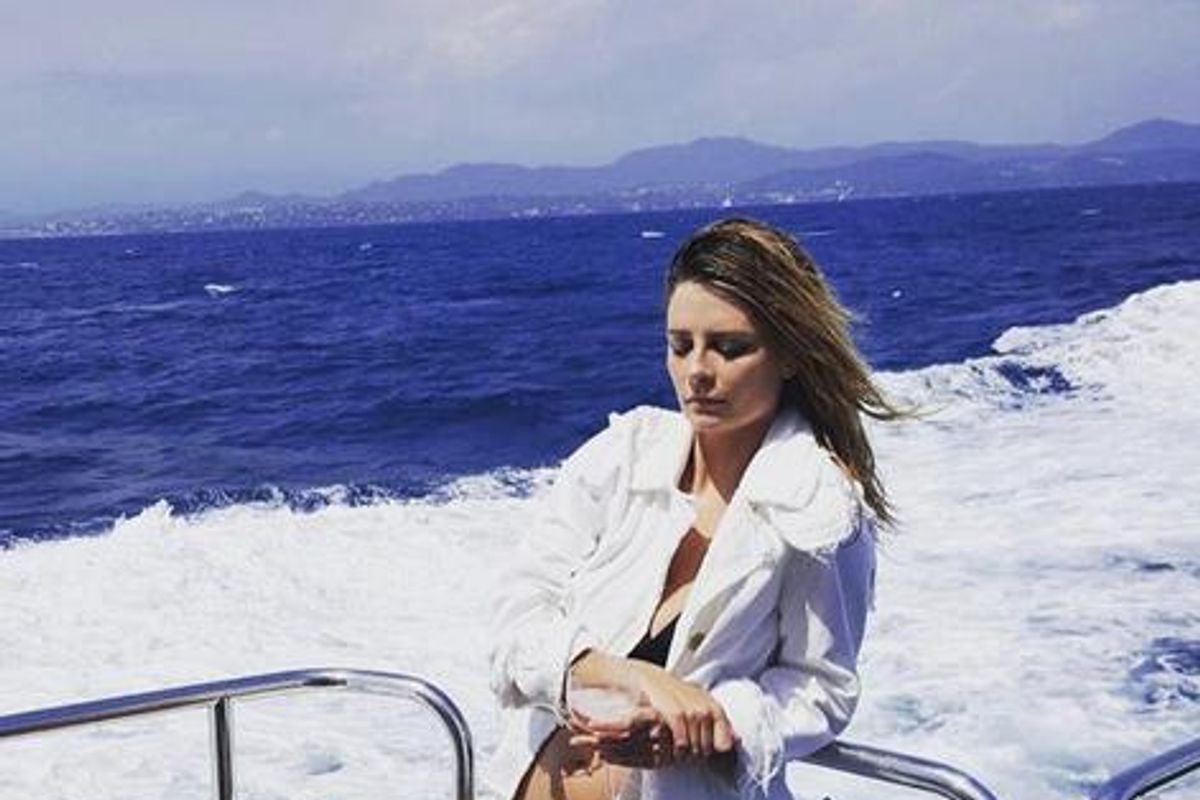 Queen of Pre-Recession Aughts America, and iconically short-lived reveler on Dancing With the Stars, Mischa Barton, broke her silence on our country's ongoing crisis of police brutality and murder against black people.

Mischa, horrified by the murder of Alton Sterling (and now Philando Castile), felt compelled to post this earnest caption of solidarity:

I'm truly heart broken to watch videos like the #altonsterling execution. This may have been going on forever in the United States but thank god the pigs get caught on camera now. Its unthinkable and an embarrassment to America. The country I was brought up in. Somebody make change. We need gun control and unity. And a real President so think about that when this election is around the corner. The world is a precarious place right now.#stop #reflect and #act appropriately

Unfortunately, Mischa's call for reflection was paired with this truly unfortunate image, which looks like a still from a Hallmark channel sequel to Eat Pray Love the fledgling actress would be lucky to star in these days.

A glass of rosé in hand, leaning against the railing on the end of a yacht, cutting through the impossibly blue waters of the French Riviera, Mischa reflects.

'The world is a precarious place right now....' She thinks, the salty air whipping against her fair skin.

I only wish I was on that boat so I could throw myself overboard.