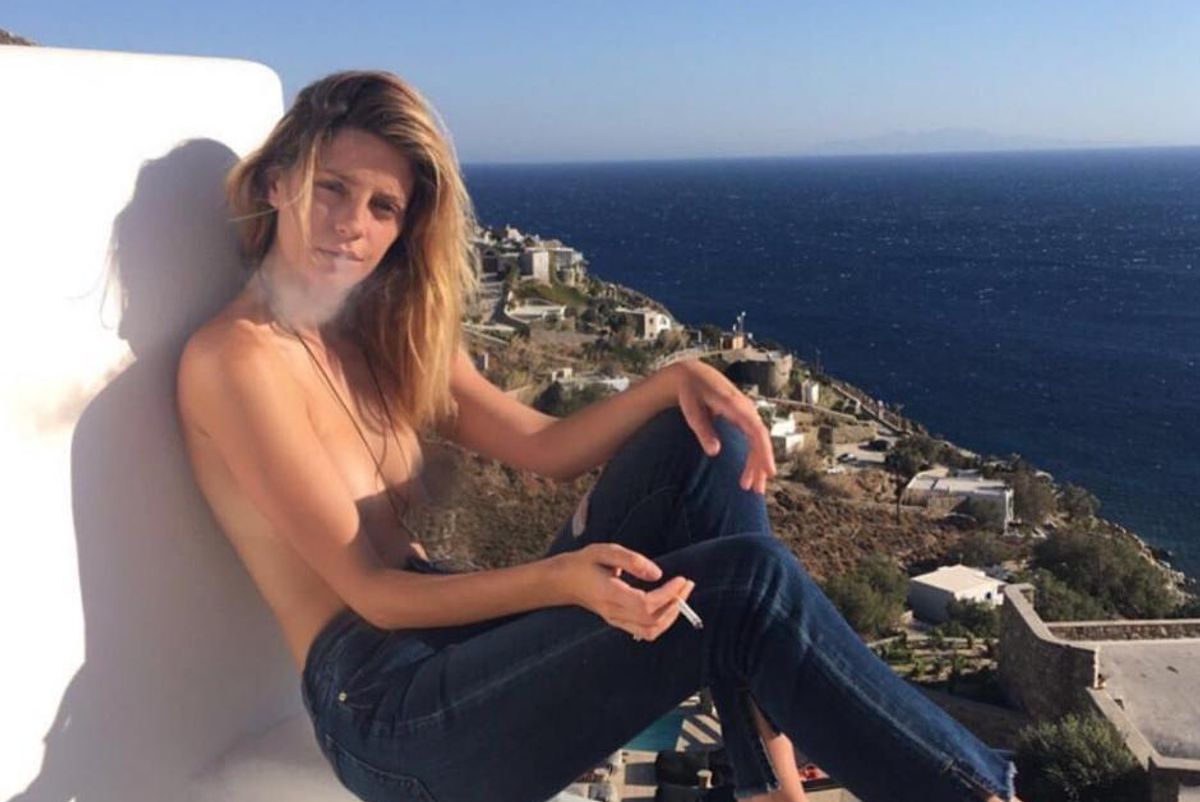 Today in "is this person ok?" news, actress Mischa Barton posted another curious vacation photo of herself on Instagram.

This Instagram photo comes at the heels of last week's jarring, "cosmically tonedeaf" no-no, when Barton captioned a photo of herself casually reclining on a yacht with a heartfelt message about the death of Alton Sterling.

The new photo, which is far less offensive, but still raises many questions -- for instance, "what?" or "why?"-- shows the 30-year-old posed topless on a balcony in Greece, wearing nothing but a pair of slim blue jeans. Barton, lithe and tan, looks like an American Apparel model from 2004. Which is to say, she looks quintessentially American and vaguely ill-dressed. This would be a regular photo were it not for the fact that Barton's boobs-- which many may know from Assassination of a High School President, one of Barton's finer works-- were obscured via shadowy editing.

There are two main problems with the photo.

The first is that she's sitting in a very dangerous position, perched precariously on the edge of a balcony railing.

The second problem is that Barton-- who is possibly the only celebrity who hasn't said they're an avowed feminist-- didn't free the nipple, which is what you're supposed to do on Instagram in these instances. Barton only has 200k followers, so who would report her image? Oh Mischa, we kid. Keep living your best life on vacation with spur-of-the-moment, slice-of-life photos like these to document it all, as you shine on, cigarette in hand, pushing balcony posing to its extreme.

Enjoy Mykonos. And watch out for flying phones.