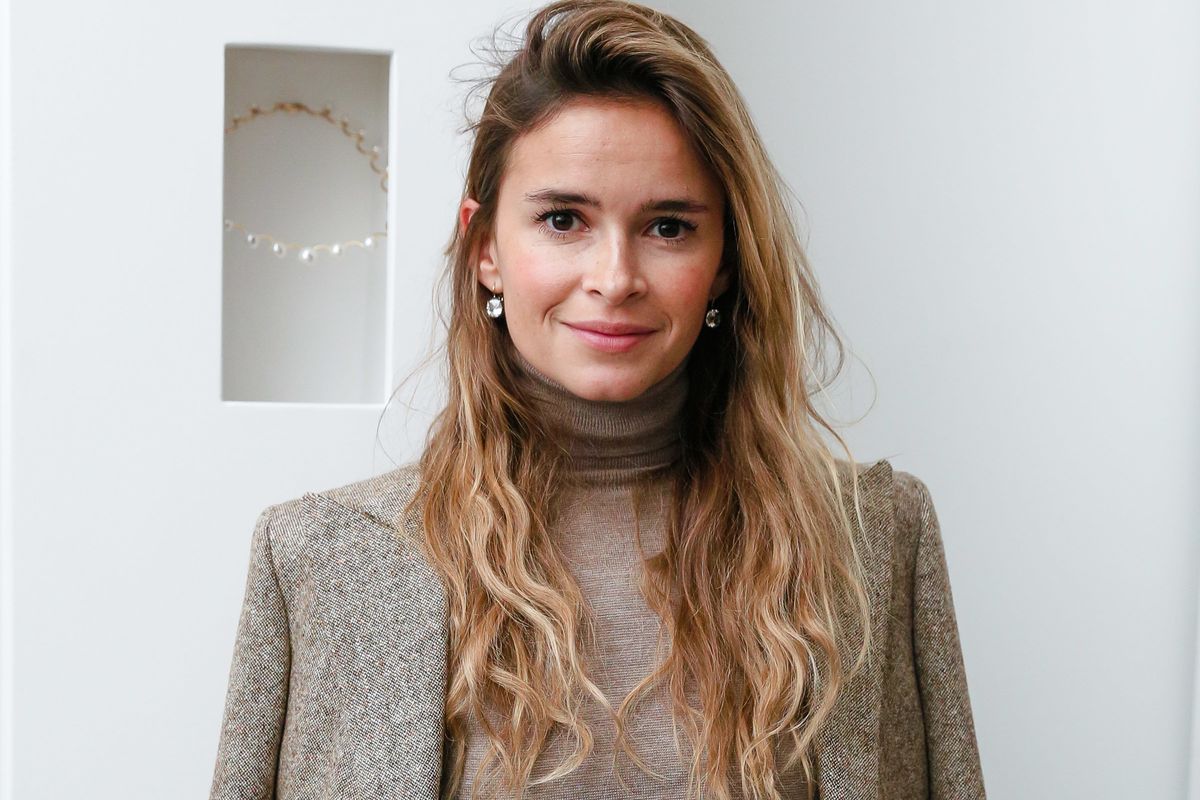 This week, couture designer Ulyana Seergenko and fashion blogger Miroslava Duma had to explain themselves after the latter posted a picture of card from the former that included the use of a racial slur in the form of a Kanye West lyric. Though they tried to justify the use of the phrase as two friends simply enjoying the music of Yeezy and having a bit of fun, a resurfaced video shows Duma may have problematic views in more than one area.

Fashion blogger Bryanboy posted a video to Instagram that shows Duma being asked questions in front of a crowd in 2012 at a lecture titled "Fashion in the Internet Era" in Moscow, hosted by the BrainON Intellectual Club. The translated captions show her responding to a woman asking how she feels about men modeling female clothes (the question referenced transgender model Andreja Pejic and Bryanboy himself).

Duma replies, "Honestly, I dislike that. Because somewhere, on TV or in a magazine, a little boy could see it and that boy wouldn't understand it correctly, react correctly. I think a certain kind of censorship and refined culture is needed here." Oh boy. She then refers to "this weird boy named Bryanboy" and "this weird person calling himself Andre Pejic," adding, "Thank God, there aren't that many of them!"

During the minute-and-a-half conversation, Duma adds, "We have censorship at [publication] Buro, we're very concerned about the beauty and purity of the things we publish," and says she would never include trans women or gender-fluid men.

Duma has since posted a lengthy statement to Instagram apologizing for the video, which reads in part: "First things first: I am deeply ashamed by the comments I made in 2012. Frankly, I'm as shocked as anyone to be viewing that footage today, and to see for my own eyes how utterly offensive and hurtful my actions were back then. And when I consider that my comments were made in front of an audience of students — young people with open minds and positive attitudes — it makes them seem all the more insensitive and out of touch."

She continued: "As we all know, the world is evolving at an extraordinary pace, and we as humans evolve, too. The person I was six years ago is not who I am today. In the intervening years, I have committed myself to a journey of personal growth, where ignorance has been replaced by acceptance, and discrimination by inclusion. I deeply respect people of all backgrounds: I believe in equality for everyone, regardless of ethnicity, gender identity, religion or sexual orientation."

Duma has disabled comments on her Instagram, and has reportedly been dropped from the board of The Tot, a children's company she helped start in 2015.

This isn't the first time Duma has come under fire for offensive comments on social media. Four years ago, her publication Buro 24/7 posted an image of Garage magazine's editor-in-chief Dasha Zhukova sitting on a chair created to look like a black woman dressed in bondage. Yikes.