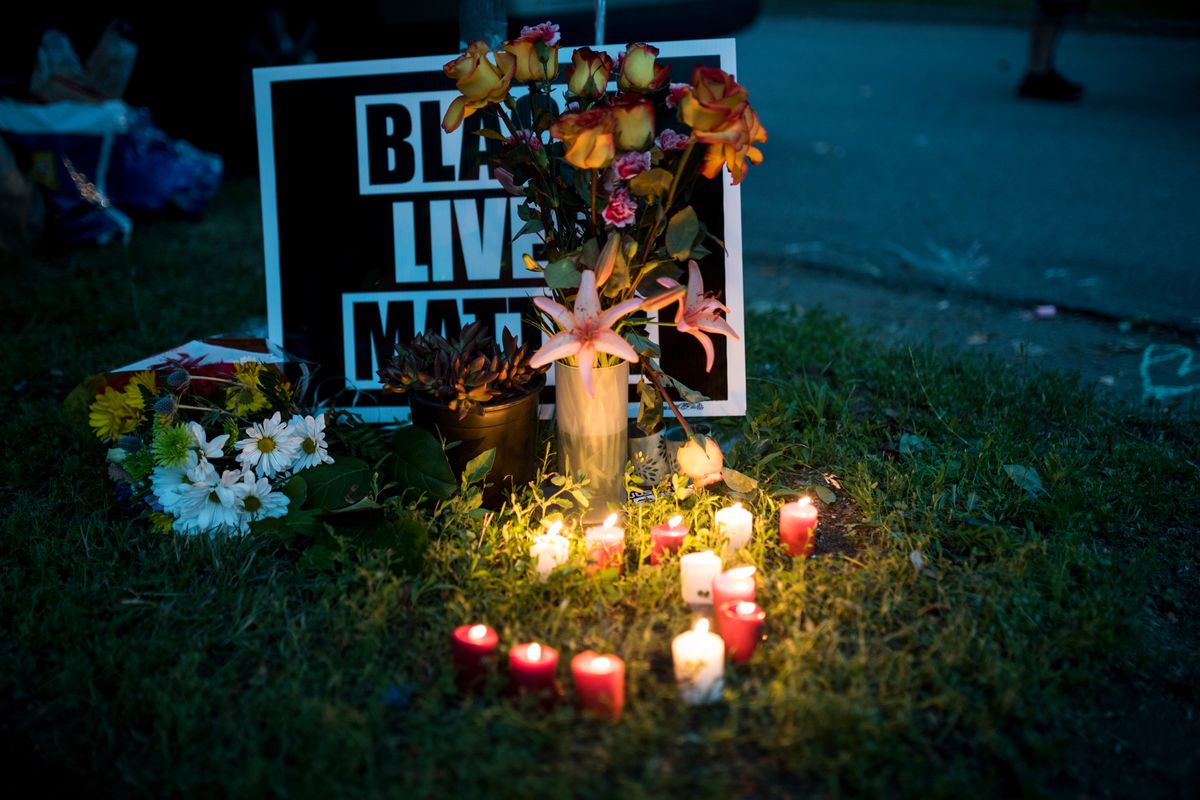 The activist group Justice4Jamar had already planned on protesting racialized police brutality at Minneapolis' Twin Cities Pride parade when news broke that Thurman Blevins, a black man, was shot and killed by the police on Saturday night, adding urgency to the protests.

Around 200 people gathered outside the Fourth Precinct police station, where, in 2015, people protested the killing of Jamar Clark by police. Protestors said wanted an independent party to investigate the shooting, saying they do not trust the Bureau of Criminal Apprehension to conduct an unbiased investigation. In the past, the parade has served as a platform for citizens to talk about and critique the presence of police officers at Pride events, to mourn the victims of the Pulse nightclub massacre, and to celebrate the legalization of gay marriage.

31-year-old Thurman Blevins was shot and killed by the police on the north side of Minneapolis on Saturday, June 23rd. The police, who were responding to two 911 calls, say Blevins was carrying a hand gun, but witnesses dispute that claim. CBS writes that Eve Watson, a witness, said that he was complying with the police when they used a Taser to shock him. He then ran away yelling, "Don't Shoot," after which Watson heard over a dozen shots.

The police have said that there is body camera footage that will be reviewed by Blevins' family.

Minneapolis' mayor Jacob Frey tweeted that he would not attend the Pride parade that tok place yesterday morning, instead turning his attention to the shooting. He wrote, "I will not be marching in today's Pride Parade. My attention and work this morning will be on last night's shooting. As soon as I am able, I will be joining the community to mourn, to listen, and to provide support."

Melvin's father, Thurman Moore, spoke at the protest. His daughter also died recently of liver and kidney damage. He said, "A father shouldn't have to bury two kids in two weeks. This is too much tragedy. That's too much tragedy for one man to bear." Manuel Moore, Belvins' uncle, also spoke, saying, "We want him to get some type of justice. We just want to know the truth. Nobody should get shot down like a dog."

A vigil was held later last night in north Minneapolis.

Blevins' death comes just days after Antwon Rose, an unarmed black 17-year-old, was shot and killed by the police in East Pittsburgh, Pennsylvania.