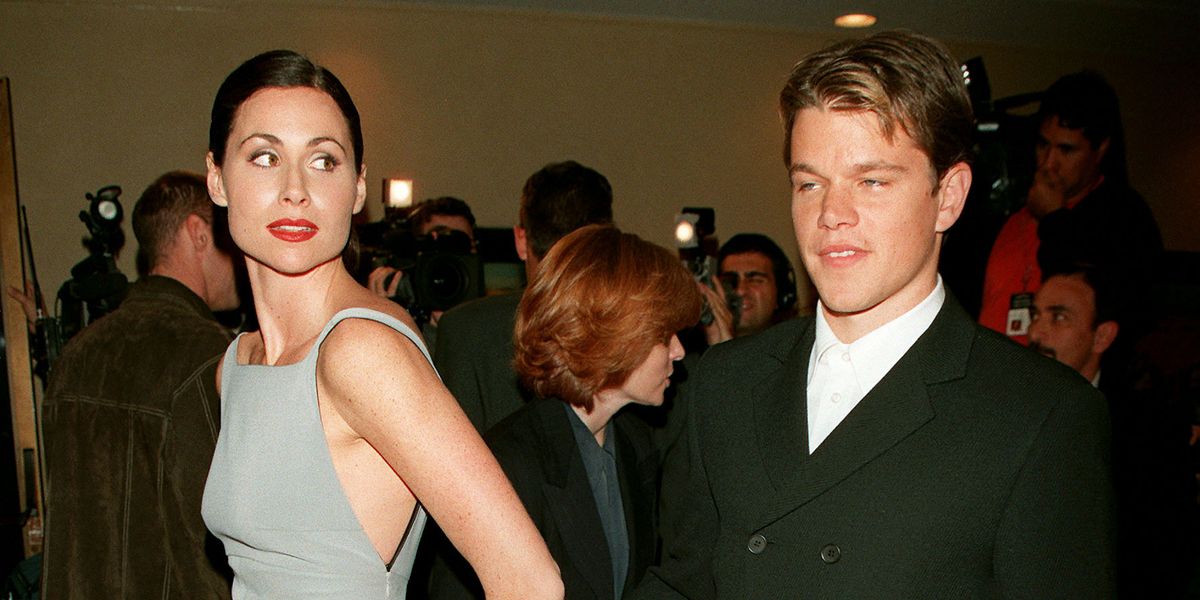 Hollywood's long-considered "relatively stand-up guy" numero uno, Matt Damon, just can't seem to stop putting his foot in his mouth. First came his highly problematic comments on diversity in film, then he claimed to "know nothing" about collaborator Harvey Weinstein's rampant abuse of actresses (even though he probably/definitely did). Now, Damon is talking sexual abuse and former girlfriend and co-star Minnie Driver won't have it.

After Damon claimed "there's a difference between, you know, patting someone on the butt and rape or child molestation, right?" and asked for the two crimes not to be "conflated," Driver came back hot with a series of tweets, labelling her ex-boyfriend's (Damon famously dumped Driver on Oprah, tbt!) remarks "utterly tone deaf."

Gosh it’s so *interesting how men with all these opinions about women’s differentiation between sexual misconduct,… https://t.co/hHOVWynKGd
— Minnie Driver (@Minnie Driver)1513363125.0

She expanded on her comments in a follow-up interview with The Guardian over the weekend, claiming that even "good men" cannot comprehend the scope and impact of sexual abuse, be that harassment or full-blown assault (which, for the record, are both illegal).

"I felt I desperately needed to say something," she said. "I've realised that most men, good men, the men that I love, there is a cut-off in their ability to understand [...] They simply cannot understand what abuse is like on a daily level... I honestly think that until we get on the same page, you can't tell a woman about their abuse. A man cannot do that. No one can. It is so individual and so personal, it's galling when a powerful man steps up and starts dictating the terms, whether he intends it or not."

Driver wasn't the only one dumbfounded by Damon's comments. Alyssa Milano, the actress who began social media's #metoo movement after reading the phrase in the work of social activist Tarana Burke, tweeted her response to Damon, explaining rape culture and the severity of any unwanted sexual advance. "Dear Matt Damon," she began, "it's the micro that makes the macro."

I have been a victim of each component of the sexual assault spectrum of which you speak. They all hurt. And they a… https://t.co/vp8H7cAjPW
— Alyssa Milano (@Alyssa Milano)1513387354.0

There are different stages of cancer. Some more treatable than others. But it’s still cancer.
— Alyssa Milano (@Alyssa Milano)1513387427.0

Men of Hollywood, it's time to wake up.