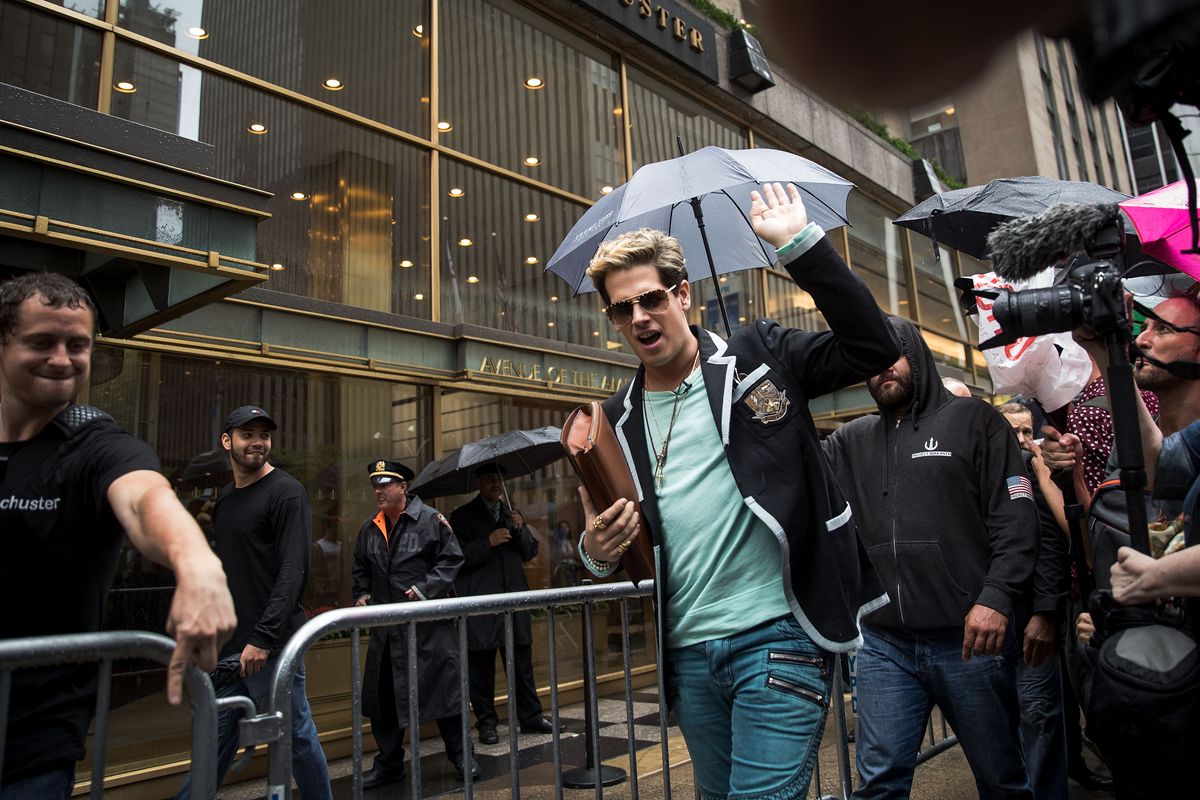 And he remains delusional about it.

After a flurry of controversies that resulted in him being dropped by his initial publisher, Simon & Schuster, alt-right figurehead Milo Yiannopolous's book Dangerous was self-published (because who wants to work with him?) and released on July 4. Upon launch, his PR team claimed that over 100,000 copies were already sold, thanks to 65,000 pre-orders on Amazon alone. Thankfully, this is far from the truth.

According to Nielson Bookscan, which monitors book sales from almost all digital and retail outlets, including Amazon, Dangerous has only sold a comparatively measly 18,268 copies across the U.S. To add to it, only 152 people in the UK actually bothered to buy Yiannopolous's book. It's an astounding failure that should show his team how people truly respond to him—but of course, Yiannopoulous is throwing a fit and resorting to the alt-right's favorite term, "fake news," in order to defend himself.

"By now, you may have heard reports claiming we only sold 18,000 copies of Dangerous and that our 100,000 copies claim is exaggerated. I'm happy to report that this is fake news," he said in a statement. "It's true that the major booksellers only managed to ship out 18,000 copies to retail customers by the list cutoff. But that's because they didn't order enough ahead of time, and have been scrambling to play catchup ever since. The real news is that we've received wholesale orders and direct orders of such magnitude that our entire stock of 105,000 books is already accounted for."

Going by his statement, someone needs to inform Yiannopoulos that wholesale orders do not equate to retail sales, and that Neilson Bookscan will not count wholesale orders in their stats because unsold copies are usually returned to the publisher. In other words, all entities involved greatly overestimated the demand for a book by Milo Yiannopoulos, and the actual sales are proof (and not fake news). May we all look forward to the day where we see multiple copies of Dangerous on the clearance racks—it may be sooner than you think.