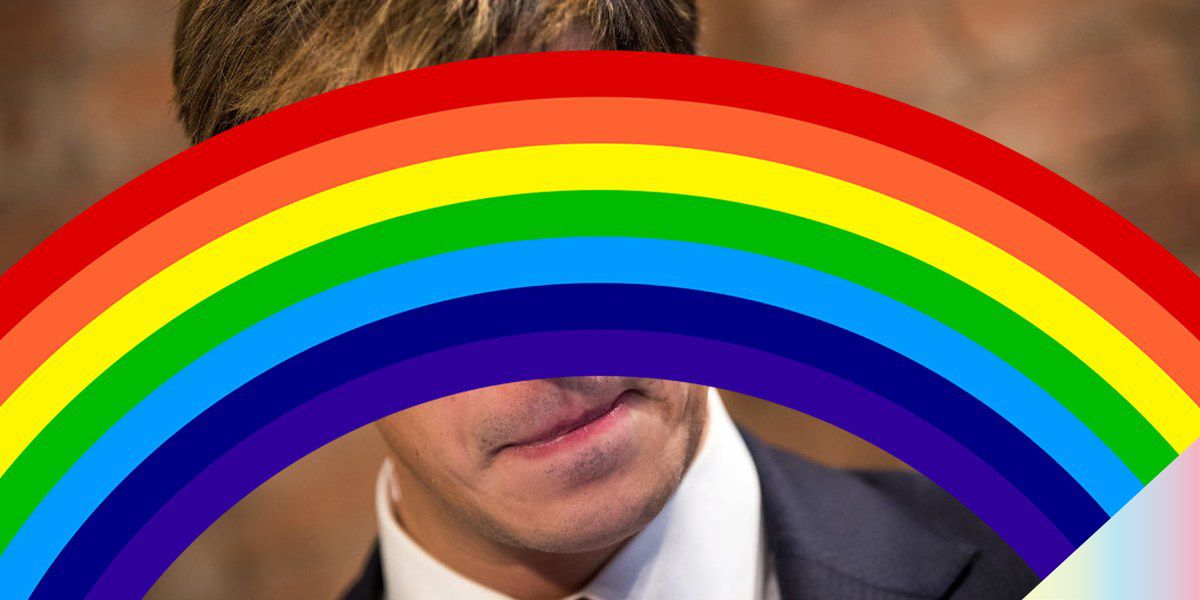 Milo Yiannopoulous tried it—and once again, he failed. The controversial alt-right figurehead and former writer for Breitbart attempted to host a party in New York on Saturday, during Pride weekend, to celebrate his upcoming self-published book Dangerous, but the owner of the restaurant it was schedule to be held at pulled the plug once he realized that the event wasn't all he was told it would be.

"I had no idea this was booked," Stratis Morfogen, the owner of Jue Lan Club, said to Page Six. "It was told to us it was a gay pride event. We don't get involved or take sides with politics, religion, etc."

It seems that Yiannopoulos wanted to throw his own party in a historically gay neighborhood to try and overshadow actual Pride events, and attempted to market it as exactly that in order to both avoid and upset his critics. Thankfully, he seemed to be the one who got upset. "Angry, bitter leftists have seized control over the Pride celebration and made it a political statement against President Trump," he said in response to the cancellation on his website. "The Jue Lan Club chose to buckle under to leftists, which never works in the long run because leftists are never satisfied."

He did end up throwing some party, and forbade his guests from disclosing the new location of the event in order to avoid protests from activists.