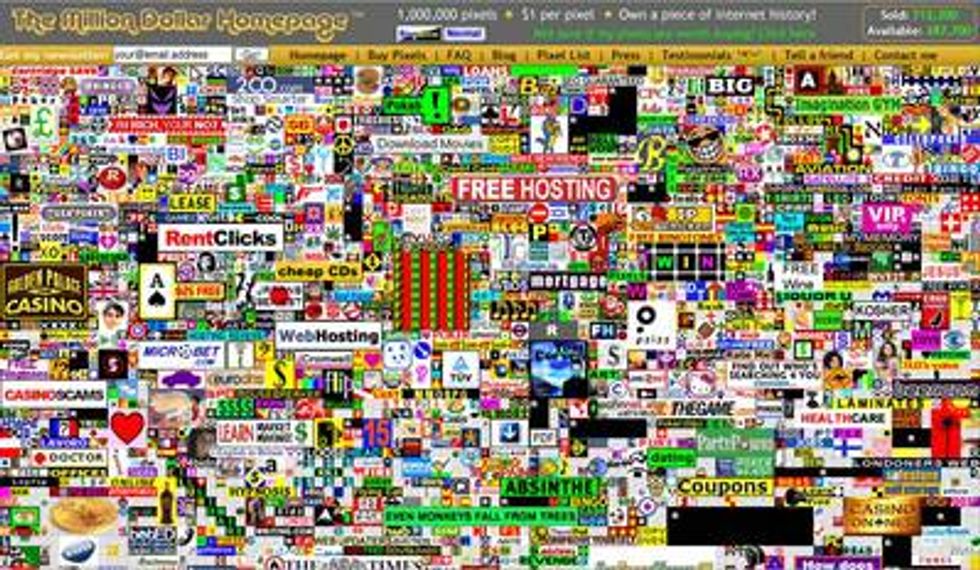 I love this. Just when you think they've thought of everything -- ads on butts, walls, t-shirts etc -- someone comes up with a new form of advertising. This one is really funny. For one dollar a pixel, you too can have your name in lights -- and become a part of history.  Alex Tew of Great Britain in a bind for money to pay his college expenses came up with the idea of created a Milliondollarhomepage.com where he divided the screen into 10,000 small squares of 100 pixels each. His plan: to sell the pixels for $1 a piece, with a minimum order of 100 pixels. In each space, buyers could put a graphical ad of their choosing that links to their own site when clicked on. Tew pledged to keep the site up for at least five years and to close the page when his goal of one million dollars was reached. Has it worked? Well, thus far he's raised about $700,000 and his devoted fans swear that it's working as an advertising medium as well. Read

What Happens When Instagram's Babies Grow Up?

No, Your Phone Isn't Listening to You