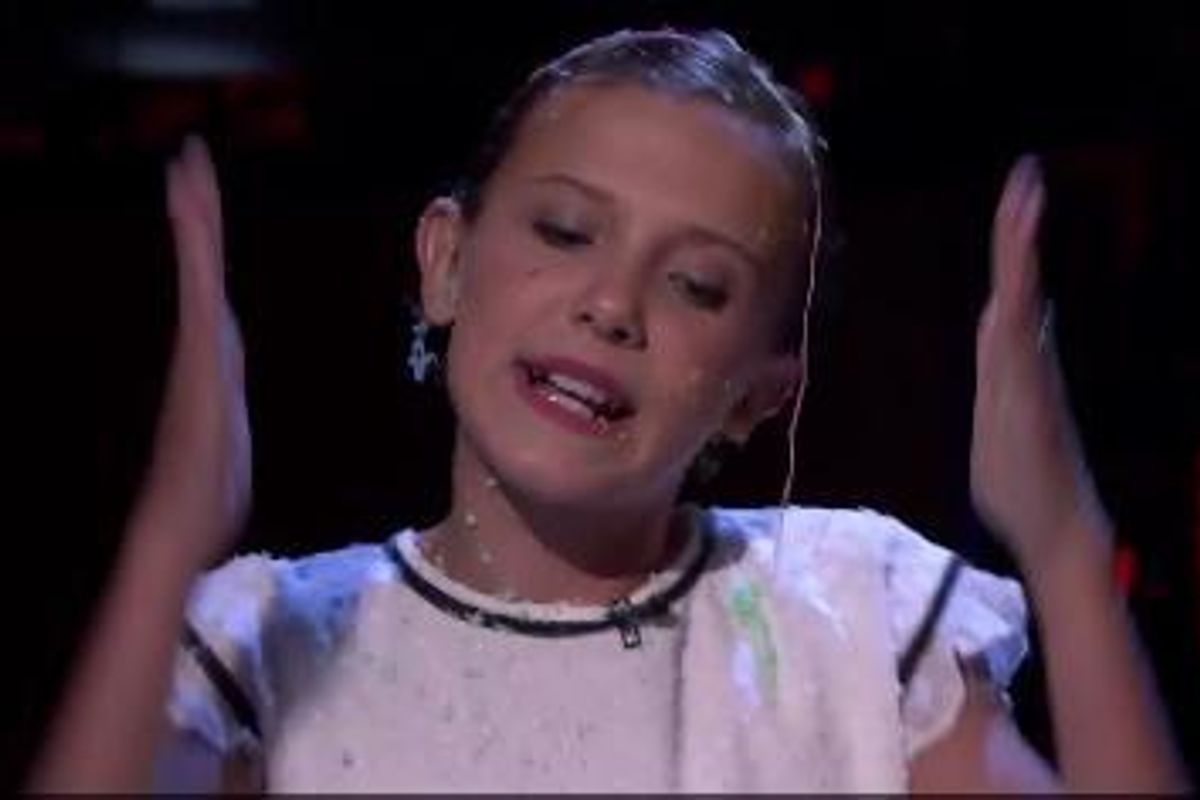 The divine youth from Netflix's Stranger Things appeared on The Tonight Show with Jimmy Fallon last night, fresh off the news that their hit show has been renewed for a second season.

The Spanish-born, British Brown continued to demonstrate her godsend abilities while revealing she can perfectly rap Nicki Minaj's iconic verse from Kanye's "Monster"--all while blasting her costars (and Jimmy) with silly string.

We need Millie and Adele to do a "Monster" showdown.

KEEP THESE CHILDREN SAFE FROM THE WOLVES.

They also were peak Goonies while talking to Fallon about Eleven and Mike's kissing scene.

As an added bonus, Fallon brought the legendary Barb back from the Upside Down...

"Barb's gettin' her own Netflix spinoff...Orange is The New Bitch."