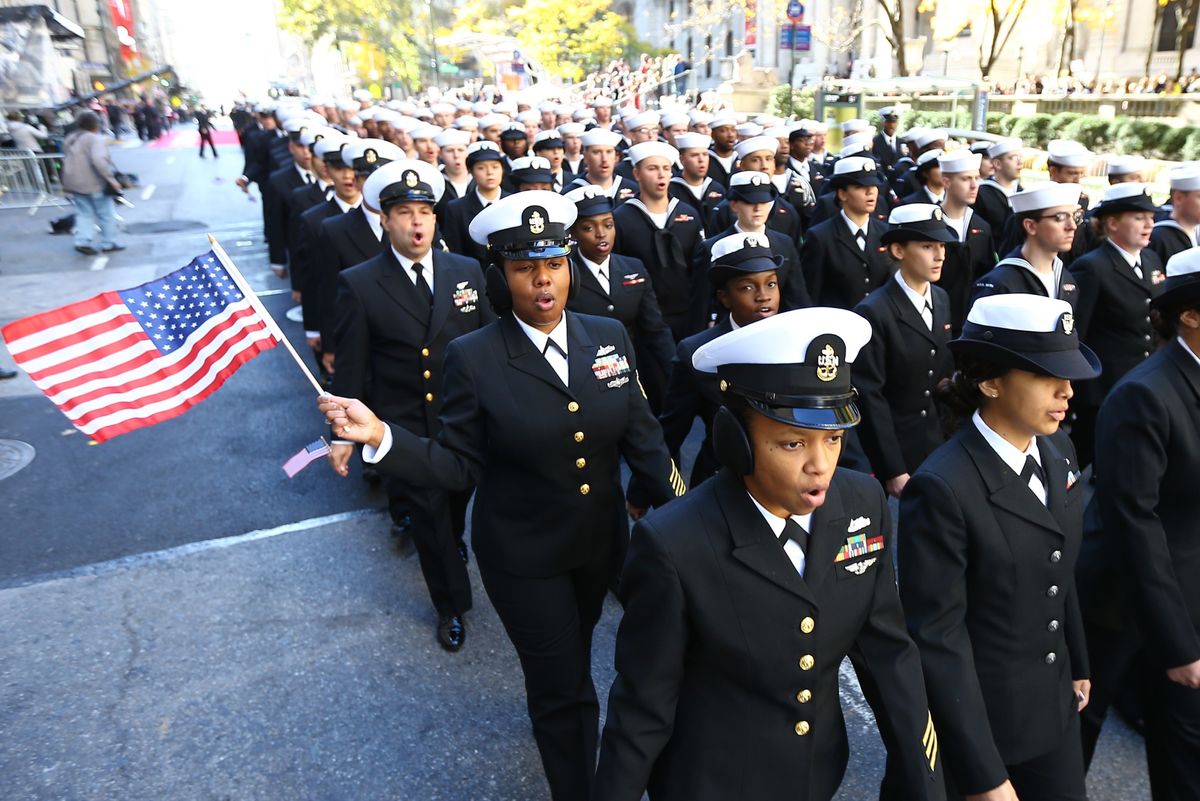 It seems though that neither official threat of punishment nor sincere requests for the end of mistreatment could stop some military men from sharing nude photos of their female fellow service members. Vice reports that a Dropbox folder containing hundreds of explicit photos of female U.S. military members, called "Hoes Hoin," has been making the rounds.

Some of the photos are selfies, others are clearly taken by another person. Some show women performing sexual acts. A few are of service members fully clothed, in apparent attempt to shame or discredit them. Finally, some photos are crude collages showing a fully clothed service member in uniform on one side and a nude photo of the same woman on the other.

Facebook has since shut down the closed (and exclusively male) group in which the link to the Dropbox folder first appeared — called "Blame Marines United (Non-Butthurt Edition)," and a Dropbox spokesperson told the Cut that the link has been removed.

"This link has been taken down and banned so it cannot be recirculated on Dropbox," the spokesperson said. "As always, we investigate reports of content that violate our Acceptable Use Policy. If we find a violation, we take down the content and, when appropriate, take other measures such as banning the content and/or reporting to law enforcement."